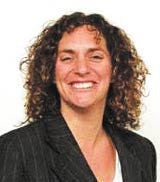 Ask advertising folk whether Sir Martin Sorrell’s show of faith in appointing Tamara Ingram to run Grey London is well placed and there is an even split.

Ingram, one of the best-known figures in the industry, polarises opinion like few others in adland. To some, her record at Saatchi &amp; Saatchi running the Procter &amp; Gamble business marks her out as one of the best account directors in the game. To others, she is an outrageous caricature of the 1980s advertising luvvy still living in the past.

Brought back to the world of advertising after a two-year gap spent running WPP Group’s insight and information consultancy division Kantar, Ingram has been appointed to the newly created role of chief executive of the Grey UK group. She will also run the Team P&G, driving the global P&G business, the agency’s largest client across the group and a client she is said to have run with a “strong and logical mind”.

But some do not associate that logical mind with a creative brain. One insider says her skills are suited to “an agency like Grey, but she would never head a Wieden &amp; Kennedy”. However, a former colleague and self-confessed fan calls this unfair and says Ingram underplays her creative insight. “People assume that because she was successful on P&G, which long stood accused of dragging creativity back to the dark ages, she herself is not creatively successful,” he adds.

But the UK advertising industry has changed dramatically in the past couple of years. Ingram has been busy galvanising clients’ brand performance at Kantar. Grey has hardly been out of the news, with the appointment of Garry Lace to the £800,000 chief executive role and his highly public departure after only 16 months. The turbulence at the agency continued with the loss of the global Masterfoods business. The agency was subsequently sold to WPP.

Ingram was appointed to the Kantar role (MW September 4, 2003) after her expulsion from McCann Erickson in early 2003, after less than 12 months as chairman and chief executive. She was forced out after control of the agency was taken away from her by Ben Langdon, then chief executive and chairman of McCann Erickson Europe. Langdon himself was ousted from the company soon afterwards. Prior to joining McCann Erickson, Ingram had been at Saatchi &amp; Saatchi for 17 years, rising to become the chief executive.

If there is one trait that everyone agrees that “Tams” will bring to the party is her passion and enthusiasm for advertising. Many say that she will provide the much-needed injection of energy to the London agency, which has been far from enthused with the lack of top managerial experience.

One insider says she may call upon her own cavalry after she has settled into her role, though Ingram says she will continue working with the existing talent, which includes executive creative director Dave Alberts, who remains chairman, deputy chairman Nicola Mendelsohn, managing director Chris Hirst and head of planning John Lowery. Observers agree that she is not one to chop or change. Unlike Lace, “it is not her style to hire and fire”.

The industry will also be watching with interest how she manages to drive growth in the UK group, which includes integrated agency Joshua, PR agency GCI, design agency Geometry and data analyst MDS Global Consulting.

Ingram is known to be a terrific networker with a flamboyant charm, so she may well be the answer to some of Grey’s prayers.