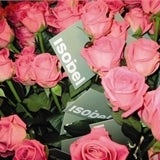 Isobel, the advertising agency set up two years ago by a management team from Banks Hoggins O’Shea/ FCB, has unveiled an investment fund to buy into digital and direct agencies as it seeks to expand (MW last week).

The company’s strategy highlights how an uncertain economic climate is leading investors to snub risky marketing services firms yet to come to fruition, despite having plenty of venture capital at their disposal.

“Unlike an investor, we are not purely looking for return on investment, but at creating closer ties with like-minded agencies,” says Isobel managing partner Paul Houlding, who adds the money will be sourced from within the agency.

Analysts agree that, like Isobel, investors are sitting on their wallets or shifting money into agencies that are already established, rather than those existing only on the pages of a business plan. A number of seed funds have been raised in the first half of this year, but most managers are yet to invest their money, suggests Numis media analyst Lorna Tilbian.

“The consumer backdrop is not favorable,” she says. “People have a fetish for liquidity, particularly in the current climate, and will be thinking about how they can exit from investments in a hurry.” The market will continue to be volatile until potential interest rate rises become clearer, Tilbian predicts.

IBIS Capital director David Forster has an even more pessimistic outlook for future marketing services start-ups, although he believes those that are already generating revenue are in a strong position to attract further development capital. He blames investors’ reluctance to invest in “high-risk” areas on the legacy of the dotcom crash of a few years ago.

“There is a lot of cash looking for a home, but a shortage of money available for start-ups,” he believes. “They are still struggling to find cash because they are seen to be incredibly high risk and often lead to investors losing all of their money.” Even people with good track-records are struggling to source start-up cash, he says, with a number of projects on hold.

The news is not all bad. Some experts say that once a business has demonstrated it can generate revenue, it attracts the attention of those wanting to invest at a later stage. “Many ‘early stage’ companies which have been running for less than a year are of interest,” continues Forster. Many of those companies are in the fast-growing areas of events marketing, research and digital services, while traditional advertising agencies find themselves in a stagnant, overcrowded marketplace and fare less well.

Tilbian warns: “Advertising budgets are going to move to online, mobile and games, where people are spending their time.” She notes that agencies offering these services are attracting a lot of interest. Forster says the value of marketing services sector shares fell by 4% in May, although it has improved overall this year.

“Marketing services stocks are not flavour of the month with financial institutions,” he concedes. However, private equity investors do not monitor monthly performance and focus less sharply on the short term, he adds.

If Isobel is anything to go by, agencies themselves are looking to safeguard their future and expansion by building stakes in other shops. Funding for the industry seems certain to continue, but which areas of marketing services will benefit remains at the whim of nervous investors.