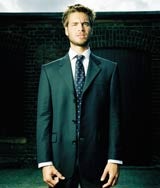 Value retailer Matalan, troubled by profit warnings and management in-fighting, is symptomatic of a sector that is being squeezed out. By Amanda Wilkinson

Matalan is at a crossroads. Once the darling baby of retail analysts and the City, the value brand has evolved into a troubled teenager, caught up in temper tantrums, and has yet to prove its credibility and carve out a secure niche. It is not alone: plenty of other retailers dived into the rapidly growing value market in the late Nineties, only to encounter difficulties as the sector matured.

It has been a rocky ride for Matalan over the past few years. The retailer has issued a series of profit warnings and lost two chief executives – Angus Monro and Paul Mason – on the back of management bust-ups with founder and executive chairman John Hargreaves.

Mason’s departure follows a poor like-for-like sales growth of one per cent for the five weeks to January 11, 2003, compared to 13.1 per cent for the same period in 2002. But the company claims that when it publishes its full-year results for the 53 weeks to March 1 on April 9, its profit before tax will be in line with analysts’ expectations of £115 to £120m.

One analyst says that Hargreaves, whose family still has a 52 per cent stake in Matalan, does not appear to be ready to let go of the reins and allow the company to be taken to the next stage in its development, following its flotation in May 1998.

Relations between Mason and Hargreaves began to deteriorate around the same time that Hargreaves’ son Jamey Hargreaves, who had been employed as Matalan’s director of category and brand marketing, walked out last year after a dispute with Mason. But a company spokesman denies there is any connection between this incident and Mason’s departure.

Hargreaves himself claims that differences arose because Mason was more concerned with long-term strategy than the day-to-day running of the business. In particular, Hargreaves has said he was worried the company wasn’t delivering the right message and getting value for money from its marketing.

For some analysts it has come as a surprise that marketing director Euan Sutherland has been given executive responsibility for retail after retail director Andy Clarke quit alongside Mason (MW last week).

Sutherland, former marketing director at Currys, joined Matalan in January 2002, appointing M&C Saatchi to create a TV campaign showcasing the new season’s ranges with the tagline “Uncover the value”. During the past year the company has experimented with using different media and above-the-line spend has doubled from £6m in 2001 to £12m for 2002, according to Nielsen Media Research.

But Hargreaves now plans to cut press and TV advertising and go back to basics, using direct mailings to Matalan’s 8.5 million customers on its database.

Sutherland says: “I believe a lot of our marketing will have a direct approach, with specifically tailored messages to each customer segment as opposed to an indirect medium with an indiscriminate message.”

But M&C Saatchi group account director Victoria Fox claims Matalan will still use TV tactically to, for example, push special lines that have been introduced, such as the latest campaign for Miss Sixty jeans that have been sourced through the grey market.

The grey market, often used by value retailers, is a risky business and can result in clashes with the brand owners. Sixty UK, for example, is claiming that the jeans on offer in Matalan stores are seconds.

Mintel Retail Intelligence analyst Richard Perks believes that a mix of own-label and branded goods should serve value retailers well, as UK consumers tend to look for quality and value for money. Recognising this, Matalan has built up it own brand portfolio by buying Lee Cooper and Falmer. By contrast, some value retailers that have concentrated on stacking it high and selling it cheap, such as What Everyone Wants and the Famous Brunswick Warehouse, have come unstuck and have closed their doors.

New Look has also realised that brands help to create added value and has launched a designer range, though this has not been enough to save the retailer from laying off 60 employees when it streamlined its head office operations. New Look is hoping to boost sales by extending its brand into new areas such as menswear, a strategy that Matalan has adopted as it test markets the selling of furniture in its stores. But Perks says New Look should concentrate on what it does best – womenswear – and seek growth through overseas expansion by developing its Mim brand in France.

It is a strategy that has worked well for Spanish-owned Zara and Swedish Hennes &amp; Mauritz, which have taken the UK high street by storm, but not for Japanese retailer Uniqlo, which is closing 16 stores.

Value retailers are being squeezed not only by new overseas players, but also by mid-market retailers. Richard Ratner, a retail analyst with Seymour Pierce, says: “The value sector is now over-crowded. Even Marks &amp; Spencer and Bhs have value lines.”

The market has already experienced consolidation, when Peacocks bought Bon MarchÃ©. But Perks believes that, “It is more likely we will see casualties rather than further consolidation.”