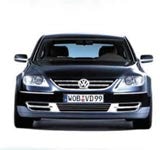 Volkswagen in the UK is a highly regarded brand with satisfactory sales, but back home in Germany the company, which also incorporates Seat, Audi and Skoda, is not sitting quite so comfortably.

Europe’s largest car manufacturer is being squeezed by the larger US car manufacturers. It is also being eyed-up as a potential takeover target. But the company’s chief executive, Ferdinand Piech, who is soon to retire, is determined that the company will remain independent.

In a bold statement made two weeks ago he said: “Before I leave, I see it as my task to see to it that no one can swallow our group without choking on it.”

However, it is Piech who could end up choking if his task is frustrated by European legislative moves.

For the past 40 years, VW has never had to worry about becoming a potential takeover target. It has been protected by the so-called “Volkswagen Law”, created especially for the company by the German government. The law limits any investor to owning no more than 20 per cent of voting rights. VW’s largest shareholder is the German state of Lower Saxony, which owns just under 20 per cent.

Two weeks ago, the European Union member states endorsed a EU ruling creating a takeover code for companies that is common to all countries. This means that companies will be able to launch hostile takeovers in Germany, just as it can in the UK.

Not surprisingly, Germany has shied away from agreeing to the code, as it leaves companies like VW, long admired by rivals such as Ford and General Motors, an open target.

Despite the issue taking up plenty of column inches in some of the world’s financial pages, industry observers believe that VW has little to worry about.

“It would be very difficult to make a contested bid in Germany,” says Cardiff Business School’s head of automotive economics Professor Garel Rhys.

He adds:”VW is probably the nearest thing Germany has to a global multinational and its few shareholders, including banks, would never agree to it. Any company approaching these shareholders would have real problems convincing them it would be good for the German economy.”

Others argue that VW is not so secure, citing the takeover of German telecommunications company Mannesmann by Vodafone.

VW will no doubt have this example in mind, as it conducts an internal review aimed at reviving its share price and preserving its status as Europe’s largest car manufacturer.

European car manufacturers have been subjected to a double-edged onslaught by US giants General Motors and Ford, as well as Asian car manufacturers like Toyota and Honda. Apart from having to compete with so many more players in the market, they are also faced with increasingly vigilant consumers who are not prepared to pay over the odds for cars.

Some industry observers claim that one option open for boosting VW’s share price would be to sell off part of Audi. But others, including Rhys, dismiss this. He says the company should address its global operations and avoid boosting the share price with a “quick fix” scheme.

VW, once a powerful player in Argentina and Brazil, has watched its grip on those markets be overtaken by Fiat. A deal with Toyota designed to help VW break into the Asian market has yet to bear fruit.

The company is no doubt also considering how best to exploit its move into the luxury car market, with the launch later this year of the D1 under the VW marque.

Some industry observers claim that the launch is unlikely to have a major impact on sales and that VW, like other car manufacturers, has to ensure that it has a stable of models to meet every possible lifestyle need of the consumer. They dismiss the D1 roll out as a “me too” launch. Luxury car brand Mercedes hopes to attract customers by launching more mainstream cheaper models such as the Vaneo, a miniature MPV. While Renault, like VW, hopes to attract customers at the luxury end of the market with its Avantime launch.

VW appears to have gone out on a limb for its D1 launch by banking on the talents of a creative hot shop – the small, independent German agency called Grabarz &amp; Partners. This agency has also picked up the brief to lau

nch the Passat W8, another car at the top end of VW’s portfolio.

This departure from the VW’s usual agency arrangements with DDB Worldwide perhaps indicates that the company views the move into the luxury end of the market as a highly significant opportunity to boost sales.

The appointment of Grabarz should not be seen as a threat to DDB’s relationship with VW, as a small independent agency could hardly take on VWs $170m (&£119.5m) global account. But it does show that VW is starting to think outside its usual parameters.

According to VW’s UK communications manager, Alan Doyle, the company may even decide to use Grabarz’s work in the UK and globally after a meeting between the company’s marketing and communications team scheduled for later this summer. If the ads are shown in the UK, and are considered a success, VW could be looking outside DDB once again.

Apart from launching models, Volkswagen could increase its shareholder value by expanding into other areas, by following Ford’s strategy of making acquisitions such as Kwik Fit that will service customers from the cradle to the grave.

“Diversity in the car market is littered with disasters,” says Rhys. “Ford is getting it right, but I think Volkswagen would struggle to be able to concentrate on anything more than running a car company.”

The company also operates VW Bank, a successful financial services division in Germany. Plans to launch the bank in the UK were halted last year.

Rhys adds that even within the car market, it took VW ten years to sort out the acquisitions of Skoda, Seat and Audi, and that it must concentrate on keeping these at the top of the “best sellers”, not just in Europe, but in the rest of the world.

Piech is due to retire in the spring of next year. In that time he has to create a company that is no longer just about quality, safety and excellent engineering, but one that is safe from predators and can move forward even in a lower margin world.

Local information source UpMyStreet has been awarded a share of Â£25m worth of Government funding which has been earmarked for the development of better, more accessible local government services through Electronic Service Delivery (ESD).

The Sports CafÃ©, the sports oriented restaurant chain, is to launch its first venture in the retail food sector, after clinching a deal with Waitrose supermarkets.

The Internet is a revolutionary marketing tool. Well so the hype goes; but how do SMEs harness the its potential? Alan Reed discovers how some businesses have managed to gain that Net advantage