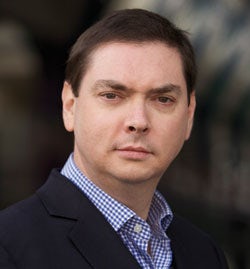 Working in marketing today feels a little like living in the court of Louis XVI. Because like now, so much of the technology developed through the patronage of the dissolute French aristocrats of that era was brilliant, ingenious, and utterly pointless.

Symphonic musical boxes and chess-playing automata undoubtedly delivered copious amounts of joy and wonderment to a few. But they ultimately failed to generate sufficient economic value to prevent their sponsors from succumbing to that genuinely useful piece of technology: the guillotine.

Fast forward to our time. Every hour of every day, my inbox is bombarded with urgent requests for a teleconference to discuss a way of displaying live Twitter feeds on the side of delivery trucks, or 3D shopping glasses that enable a client’s customers to visualise the very horse from which their chosen frozen meat product has been fabricated.

All wonderful innovations, I’m sure. But without a way to navigate their way through this fascinating playground of possibility, it’s no wonder so many marketers are admitting to me that they’re truly and utterly lost.

Map for a new world

Which is why I’m so taken with a beautifully elegant model outlined in a new book by Joseph Pine and Kim Korn. (Pine was co-author of The Experience Economy.) Infinite Possibility: Creating Customer Value on the Digital Frontier, sees the authors survey the new experiential technologies available to marketers. Even more usefully, they draw a map by which we can navigate the new world these new technologies have created.

I fear I have undersold their thesis. Because the word ‘world’ is a gross understatement. ‘Universe’ would be closer to it. But this label too would be inappropriate. For the authors introduce us to not one, but eight, separate universes which your brand can inhabit.

It’s actually simpler than it sounds. Imagine a cube bounded by three dimensions. One delineates space, another matter, and the other time. Each axis continues through the origin. So as well as the ‘real’ universe of actual places, physical matter and present time, you have seven alternative universes which your brand can also inhabit.

I don’t have space here to take you through each of them, and in any case, the book’s publishers wouldn’t be too happy if I gave it the full Coles Notes treatment. So let’s take a look at just two of these parallel universes of brand experience.

Augmented reality is familiar to most of us by now, at least those of us who use in-car satnav or similar technologies. On the Pine/Korn map, it lies at the intersection of real space, virtual matter and virtual time.

For marketers, augmented reality is a way of adding value to brands by adding value to customers’ experience of reality. It’s the city guide that gives you a review of the restaurant you’re pointing your phone’s camera at. And the frequent flyer programme whose mobile app tells you which carousel to pick up your baggage from.

So far, so relatively conventional. The really weird stuff starts when you travel to a universe like warped reality. Here you’re in the real world and occupying actual space. The difference is that you’re in another time.

You don’t have to be Doctor Who to experience this. Just go to No 1 New Bond Street and step into London’s Ralph Lauren flagship store. Immediately you’re transported back into the yesteryear world of F Scott Fitzwaugh’s Upstairs Downton Revisited, complete with faux-ancestral portraits and the gentle scent of genuine polo pony sweat. Well, almost.

Transition to the real world

Your brand’s journey doesn’t have to start in the universe of actual reality. If yours is a content brand, the chances are it’s already rooted in one of the more abstract unreal universes. But it doesn’t mean you can’t make the transition to the real world. Just ask Disney, National Geographic or the Discovery Channel, all of which have created highly remunerative physical-world experiences for their brands.

I was first introduced to the conceptual map outlined in Infinite Possibility at a talk given by the chief technologist of BSkyB. Whether by accident or planning (I suspect the latter), Sky is the UK brand which appears to me to have the most coherent product strategy for each of Pine and Korn’s universes.

It warps time by allowing you to control your own programming schedule. It occupies simultaneous spaces by letting you tell your home Sky Box to record shows while you’re at work or the pub. And it makes matter irrelevant by letting you stream content to your mobile device anywhere, any time. And the best thing is, it’s all useful.

Anyway, enough common sense. Back to the real world. I’ve just had an email from someone who wants to sell me the sponsorship rights to a chess-playing automaton. You know what? I’m tempted. 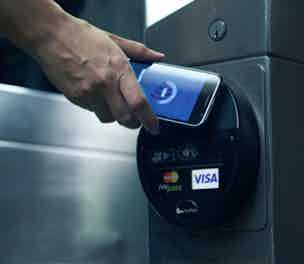 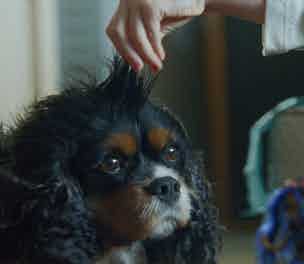 Morrisons and Boots’ Christmas ads have both escape censure over scenes that were accused of “irresponsible”cruelty to dogs.