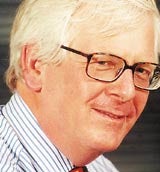 Advertising industry bodies across Europe are to oppose a new European Commission (EC) proposal on advertising regulation which will allow consumers to sue any advertiser in their home country, rather than the country in which the advertisement originated.

The new rule, which was mooted last week, will mean that an advertiser operating within UK regulations could fall foul of regulations in other European markets if consumers feel that the British ad is offensive in any way.

The Incorporated Society of British Advertisers (ISBA) has condemned the new proposal and questioned the need for the new European law, which it claims will make a mockery of the single market.

ISBA’s director of public affairs, Ian Twinn says: “The proposals have serious implications for all advertisers in the EU. We can see no real benefits for the consumer which justify these heavyweight proposals.”

Twinn adds that the EC’s plan would require all businesses to know and fully understand the implications of advertising and marketing laws in every member state of the European Union.

The Chartered Institute of Marketing (CIM) has appointed former British Airways marketer Peter Fisk as its new chief executive. He replaces John Stubbs, who has stepped down. Fisk, who joins from management and technology consulting company PA Consulting Group, will take up the post on February 1. The job had earlier been offered to former […]

The Department of Culture, Media and Sport has appointed former chairman of the South West Regional Development Agency, Sir Michael Lickiss, as chairman of the merged body to replace the British Tourist Authority and the English Tourism Council.

Grey Worldwide London’s new chief executive Garry Lace has warned the agency’s 239 staff that a significant number are to be made redunandant. The move is the first shake-up since Grey poached the TBWA/London chief executive to head its UK operation (MW October 10, 2002). The agency has already entered a four-week consultation period, which […]