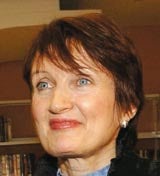 The Incorporated Society of British Advertisers (ISBA) has warned that proposed changes to European television regulation, being discussed this week in Liverpool, could stifle internet content.

ISBA director of public affairs Ian Twinn warns that updates to the EU’s TV Without Frontiers directive must not put European media outlets at a disadvantage, for example by applying stringent internet rules that would allow citizens access to non-EU outlets alone.

The directive is being reviewed to take into account new developments such as video-on-demand, broadcasting via broadband and telephone and podcasting.

The ISBA’s revived call for the EU not to over-regulate to the disadvantage of European media sources comes as the Secretary of State for Culture, Media and Sport Tessa Jowell this week opened the three-day Audio-Visual Conference between Culture and Commerce in Liverpool.

Jowell warned of the urgent need to update the directive, which dates from 1989, although it was updated in 1997. She said that, with more channels, service and choice than before, “there has never been a more complex set of issues facing broadcasting and telecoms regulators in the EU”.

She added that proposals must maintain the importance of public service broadcasting, ensure viewers’ access to entertainment and sport, and encourage competition across Europe. Jowell also underlined on the need for public service and commercial broadcasters to “flourish together” under any new set of rules.

In July the European Commission produced a set of six papers, which suggested replacing Television Without Frontiers with an Audi-Visual Content Services Directive to take into account the rapid rise of content uptake through new media, such as broadband internet and mobile phones.

Discussions with 400 industry professionals and politicians are taking place at the conference. Other speakers include BBC director- general Mark Thompson and BSkyB chief executive James Murdoch.

The Advertising Standards Authority (ASA) has decided not to uphold a complaint filed by the Food Commission against a Cereal Partners UK print campaign for NestlÃ© Cheerios. The Food Commission objected to the ad with the strapline “Good eating habits are easy to pick up”, on the grounds that the ad implies the cereal is […]

As the price of consumers’ attention rises and the quality of content declines, media owners’ ability to sell audiences to advertisers becomes questionable That is still the real information design problem in most businesses today. But what about consumers and marketing? What about the media? Let’s put this in lurid terms to make the point. […]

H&M has axed model Kate Moss from an advertising campaign due to run in November following newspaper revelations about her alleged cocaine use.