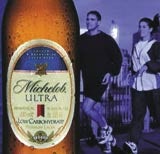 ISBA has joined the drinks industry trade body the Portman Group in calling for changes to new draft rules which the Broadcast Committee for Advertising Practice (BCAP) was asked to produce by Ofcom. Interested parties had until the end of last week to submit comments.

In its comments, ISBA public affairs director Ian Twinn says: “The code should not be used to deter drinks companies from producing effective campaigns designed solely to promote responsible attitudes and behaviour.”

In the US, drinks companies have for many years funded major campaigns that promote responsible drinking to stave off marketing restrictions like those imposed on tobacco advertising. UK drinks companies such as Diageo have begun spending more on similar advertising in recent years.

It is understood that advertisers are also unhappy about proposals to ban alcohol ads from being set in “hazardous” environments or from associating drinking with “daring behaviour”. Drinks marketers say both restrictions are too vague and needed to be tightened up.

BCAP has also issued a proposal for a health and dietary rule that would ban beers from marketing themselves as part of a healthy lifestyle, which would hit products such as the “low-carb” beers that were introduced at the height of the Atkins Diet popularity. Interested parties have been given until June 6 to comment on this rule.

BCAP plans to publish the new guidance notes in June and the health and dietary rule by August. The new rules would come into force on October 1 this year.