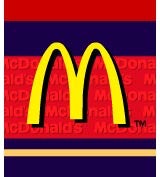 The Incorporated Society of British Advertisers (ISBA) is opposing a proposal to levy a “fat tax” on the advertising of processed and fatty foods such as Big Macs and Mars Bars.

The proposal, presented to the Government by independent policy forum Demos, recommends that in order to combat obesity, a tax be levied on the money spent by manufacturers on promoting fatty foods.

ISBA fears that such taxation will force consumers to pay high prices for foods that form part of their daily diet. ISBA director of public affairs Ian Twinn says: “Something like the ‘fat tax’ does not deal with the real issues of obesity. All we can say that it appears to be a badly thought-out PR campaign for Demos.

“If obesity is to be tackled, then issues such as sports facilities in schools need to be discussed. Simply taxing popular foods – which form a reasonably significant part of some people’s diets – is not the way to deal with obesity.”

Demos has not given details of how exactly the taxation system would work, but it recommends setting up a health promotion agency, funded from the tax’s takings.

The Food Standards Agency refused to comment on the issue as Marketing Week went to press.