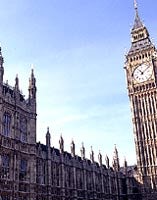 The Incorporated Society of British Advertisers (ISBA) is challenging the Government’s plans for implementation of European Union legislation that could allow private organisations to take out injunctions to halt advertising campaigns.

ISBA says the EU’s Injunctions Directive, which is due to come into force in June, could become “a nightmare for UK advertisers”.

ISBA, which represents the interests of UK advertisers, has expressed its concern over the way the directive is being implemented. It says the new laws could undermine the authority of existing self-regulatory bodies, such as the Advertising Standards Authority (ASA), and could also cost advertisers millions of pounds.

In June last year, ISBA and the Advertising Association demanded a statement from the Government confirming that, when implementing the directive, it would not empower bodies other than the Office of Fair Trading to seek injunctions to make companies withdraw advertising.

But ISBA claims that draft orders for the directive are being rushed through Parliament before the General Election, which will enable future ministers to allow private organisations to take out injunctions without returning to Parliament.

ISBA director of public affairs Ian Twinn says: “If a future government decided to empower other organisations to take out injunctions, it could mean advertisers having to withdraw millions of pounds-worth of campaigns at the whim of a private organisation.

“The organisation’s case would not even have to be upheld at a court hearing for the process to cost the advertiser dearly, because the campaign would have to be suspended pending a full hearing.”

ISBA is now calling for the Government to state within Parliament that the intention of the draft orders is not to undermine the self-regulatory system.