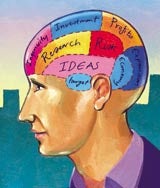 The Government wants the British public to look to our American cousins’ example and start creating business ventures and inventing products as it fears our reticence is putting the economy at risk. But with just a handful of heroes to emulate, is the initiative doomed from the start? asks David Benady

Reshaping the UK’s economy along the lines of US business culture was never going to be easy. Getting the down-at-heel British to adopt the “Heck, just go for it” attitude of US entrepreneurs was always destined to be a long haul.

The myth of the citizen entrepreneur who is struck by an inspirational idea while doing the washing up, quits their job and launches a world-beating venture is taking its time to penetrate UK plc. The Government believes the UK’s entrepreneurial reticence could harm the nation’s long-term economic interests. A recent report on the issue by the London Business School and prefaced by Trade and Industry Secretary Patricia Hewitt says: “Entrepreneurship appears to happen despite our culture rather than because of it.”

In the US there is an endless cast of entrepreneurial heroes, from ice cream magnates Ben Cohen and Jerry Greenfield to Microsoft’s Bill Gates, from Victor Kiam (who liked Remington shavers so much he bought the company) to Amazon’s Jeff Bezos. Over here, the scene is dominated by two serial entrepreneurs, one bearing a beard and a sweater, the other a rotund Greek.

As Stelios Haji-Ioannou opens the doors to his new easyCinema venture in Milton Keynes on Friday, he may reflect on the latest survey by Marketing Week. The Top 100 Marketers Poll asked marketers who they thought were the greatest practitioners of the craft.

Sir Richard Branson tops the poll, which was carried out last month, and Haji-Ioannou comes in third (Tesco marketing director Tim Mason is number two.) But apart from these two celebrity businessmen and Carphone Warehouse boss Charles Dunstone, it seems surprising that so few top British marketers can be described as entrepreneurs. The majority are corporate executives who have worked their way up through the labyrinthine structures of giant brand-owning companies. These executives may best be described as entrepreneurs at heart, but without the bottle to go it alone.

So where have all the brand entrepreneurs gone? There was a tidal wave of new UK business figures in the Eighties, the UK’s most “Americanising” decade. In retail, there was Anita Roddick of Body Shop, Branson and his Virgin music stores, and Sophie Mirman’s Sock Shop. In consumer products, there were Alan Sugar’s Amstrad computers and James Dyson’s space-age vacuum cleaner. The Nineties brought the deregulation of airlines and gave us Haji-Ioannou’s easyJet, Michael O’Leary’s Ryanair and Franco Mancassola chief of the now defunct Debonair.

The internet boom of the late Nineties dashed the hopes of many entrepreneurs, but left us with lastminute.com and its founders Martha Lane Fox and Brent Hoberman.

Many of the UK’s most famous entrepreneurs have come from the field of retail, often building their businesses on selling other people’s products. Philip Green, for instance, can’t stop buying giant retail chains. Others who have achieved success and some degree of fame include John Caudwell of Phones4U, Tom Hunter, who sold his Sports Division to JJB Sports chain for &£290m, and budding ventures such as designer Linda Bennett’s LK Bennett shoes, and Optical Express founded by David Moulsdale. But when looking for those who actually design and manufacture brands, the list becomes shorter.

Still, some take an optimistic view of the abilities of British entrepreneurs, and the suitability of the current climate for start-ups. “It has never been better for entrepreneurs,” says Mike Marek, managing director of venture capitalists Candover Partners, which has recently struck private equity finance deals with Gala Bingo and Bourne Leisure. And he adds: “If you compare private equity returns between the US and UK, it is greater here than in the US. Our guys are better at changing markets. We are actually superior to the Americans.”

One venture that really did begin with a man looking in a mirror and thinking “I can do better than this” was the King of Shaves shaving oil brand, the brainchild of salesman Will King. Ten years ago he decided he had had enough cutting his face up every time he used a razor, and started splashing his wife’s bathing oil on his face to get a smoother shave. He then had the idea of launching his own shaving oil, set up business from his kitchen and in his first year gained 300 customers.

A decade later, King of Shaves has a range of 30 products sold in major chains throughout the UK and in markets around the world. But King laments the lack of new brands emanating from entrepreneurs in the UK. “Brands revolve around products and the manufacture of products has fallen short over 20 years since the manufacturing base was killed off,” he says. “Whatever is designed here is made elsewhere,” he adds, though claims that he does as much production for King of Shaves in the UK as possible.

He believes that the UK is far from being a land of opportunity for entrepreneurs, and points to the experience of inventor Trevor Bayliss (who invented the clockwork radio) to demonstrate the difficulties of turning inventions into success stories in the UK. “The UK is not an entrepreneurial culture,” says King. “It is more of a working inventor culture, but it is an environment that rarely translates into entrepreneurship. Inventors generally haven’t a clue how to market things.”

There are, however, other UK successes in making products, including the “Anyway-up Cup”, a beaker for toddlers that can be thrown around the room without spilling a drop. It was developed by Hertfordshire mum Mandy Haberman. She claims to have come up with the idea after seeing a child throwing down a beaker of Ribena and staining a white carpet. However, inventing the product was the simple part. Initially a runaway success, the idea was quickly copied and she was forced to take legal action to protect her patent.

Innocent, which produces juices and smoothies, is another apparent success story and the company has developed an image resembling the laid-back style of the original Ben &amp; Jerry’s. The company, started by ex-ad agency staffers, is boosting its marketing investment to &£1.5m this year to include a national bus-side, press and train, underground and metro campaign.

Then there is the Ultimo bra, developed by Glasgow-based former Labbatt’s marketing manager Michelle Mone. She spent three years developing the bra, which enhances the cleavage through its gel padding. Launched in 1999, manufacturing arm MJM International, which she set up with her husband, now makes a variety of lingerie products. Mone says the brand experienced tough times last year, though she expects UK sales to “triple” this year from &£3m to &£9m.

Mone says it was always a dream of hers to run her own business, but she was worried about the prospects when starting out, as she was pregnant at the time. She exhibits the classic entrepreneur’s “believe in yourself and you can do it” attitude so beloved of American self-help manuals.

“My belief is that if you have got a good product or service and believe in it and are determined to take risks, it is always a good time to start. What keeps you going is believing in yourself and the product, it is not the state of the economy that matters.”

Mone’s experience is not unusual, though few create ventures that are as successful. The London Business School’s Global Enterprise Monitor for 2002 reports on entrepreneurial activity in 37 countries. Its measure of the “Total Entrepreneurial Activity Index” (TEA) is made up of the total number of people involved in a start-up business and new businesses that have been operating for up to 42 months. In 2002, the UK’s TEA fell to 5.4 per cent compared with 7.7 per cent in 2001. In other words, 2.3 per cent fewer people of the total population are engaged in entrepreneurial activity, though this decline is roughly in line with the world average. The UK strongly underperforms the US, though has a greater TEA than Germany and France.

London Business School professor of manufacturing practice John Mullins, an American and former US retail executive living in Britain, says 2 million people in the UK are involved in their own start-ups. He has just published a book on how to work out if a business idea will be a success called The New Business Road Test. He believes there are contrary forces at work in the current environment both encouraging and dissuading people from setting up their own ventures. The relatively poor economic climate means that there is down-sizing and people are feeling less secure in their jobs, which may encourage them to consider setting up on their own. Hiring staff and other start-up costs are also correspondingly lower. But it is, of course, much harder to raise capital for start-ups.

However, Mullins believes the UK has made great strides in adopting more positive attitudes to founding businesses. “Fundamentally, people now get it, and we have role models such as Branson and Dyson,” he says. And he thinks one of the most important changes has been a shift of attitudes to failure. Where previously failure would be seen as a great embarrassment, today it can be accepted as something to learn from and forget before going on to the next venture. He is optimistic about the spread of entrepreneurial culture in the UK.

A country of lionhearts

“One in every 19 adults in the UK is actively pursuing an entrepreneurial venture. Who would have thought that would be true in the UK ten years ago? There is much more enterprise out there than you think, there are people starting ventures of all kinds.

“Others are still in their jobs thinking ‘this isn’t the long-term deal I thought it was.’ People don’t stay in their careers from cradle to grave and are considering entrepreneurship as a viable career. That is new,” says Mullins.

The shift to starting up entrepreneurial ventures is in part down to the enforced and growing culture of freelance, temporary and home-based working. In other words, people have little choice than to adopt the optimistic self-believing attitudes of their American counterparts. Branson and Haji-Ioannou may be the role models, but many more people will be following them into risky start-up ventures in the years to come with varying degrees of success.