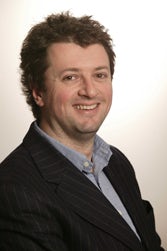 Pullan takes on the global client management responsibilities at Aegis in addition to his existing role as president of service solutions. He joined Aegis in August 2007 from EMAP Consumer Media where he had been strategic marketing and brand development director. He first joined EMAP in 2004 as managing director of FHM Worldwide.

Pullan will lead a team of 40 in Europe and the US, delivering digital strategy, account leadership and programme delivery to clients in online media, search, internet consulting and creative and specialist services.

Aegis has also promoted Folz to the new role of global chief operating officer. Folz joined Isobar in 2005, when it acquired Molecular Inc, the company which he co-founded and was chief executive of. Folz will lead development of an Isobar/Aegis data capability, integrating data and analytics, in addition to his responsibility for structure and operations.