Brands must work out how best to segment their audiences online to ensure relevance, according to a new study.

Segmenting an audience may be a fundamental marketing tool, but a report seen exclusively by Marketing Week suggests that brand heads need to better segment their audiences in terms of how they are talking about their brands online.

The Talkonomics research, by agency Exposure and The Centre for Brand Analysis, shows there is a gap between people’s private motivation for buying or liking brands, what they are actually saying about those brands and what advertising messages are pushed out to them.

So when people discuss brands online, they are much more likely to talk about customer service than something like the latest celebrity endorsement, according to Tim Bourne, joint chief executive at Exposure.

The figures show that only 7% of people admit to talking about brands in order to fit in with their friends, and just 9% do this “to be cool”. But when they use blogs or other social media to talk about brands, a third of people are sharing their actual experiences of the brand, and 47% are providing advice about brands to their friends.

Bourne says: “A celebrity may inspire me to buy, but the last thing I am going to do is share that information publicly with someone else. Second, it probably doesn’t help someone else make a decision about a product or brand.”

Bourne adds that brands should take more notice of the differences in the messages they put out through advertising, and the way that consumers actually talk about their products.

The research reveals that about a third of people say they are likely to use social media to talk about trying products themselves and the same amount talk about what the service is like. Much lower down the list are retail display (13%), media coverage (13%) and the charity or community work a brand does (11%).

However, how people talk about brands varies between sectors. For example, high street banking brands that make more of their community ties get more positive comments than those that do not. Positive comments about the Co-operative Bank and First Direct far outweigh negative, but the sentiment is about even for Barclays and Natwest.

“Financial institutions that are seen to have philanthropic elements are doing much better in social media,” Bourne says.

And as FSA rules prevent banks interacting in public with customers on the likes of Twitter, seeding conversations in other ways could help get people on side, as HSBC is doing.

Exposure’s head of planning, Bambos Neophytou, explains: “Knowing what people are actually saying helps motivate conversations in certain channels. For certain categories, there is a much more structured and informed way of going about a social media strategy.”

In the banking category, most people are likely to use social media to talk about customer service, whereas for home retail, the most popular conversations are about quality and reliability of brands.

When people discuss brands online, they are much more likely to talk about customer service than something like the latest celebrity endorsement

The people most likely to chat about home retail are in the under 34 and 55 to 64 age groups. Neophytou says: “The obvious choice for marketers is to go for the younger groups – to get them [into the brand] now and then they might buy your products when they can afford them. However, in the case of cars, older people are more likely to be a source of advice for younger people.”

People across all age groups are most likely to talk about reliability when it comes to cars, but the chat increases significantly for the upper age groups, with 43% of the total talk volume coming from 55- to 64-year-olds. For Audi and BMW, the sleek and sexy image the brands portray matches what is being said about them by younger age groups.

Exposure’s research also looks at how people talk about beer and cider brands and discovered that the taste of the drink comes out top, followed by price and drinking the product itself.

The most talked about brands are Stella Artois and Foster’s, followed by Budweiser and Bulmers. Magners, which has had significant advertising support, doesn’t appear on the list, which surprises Kristy McCready at Molson Coors (see The frontline, below) .

All of this points to a new way of considering social media, says Neophytou. “Brands need to have a range of community managers because an audience in conversational media is as diverse as an audience in media as a whole.

“People are still feeding the same campaign messages in their social media. They might be doing more interactive things, but they haven’t necessarily said ’we need to arm the conversation with different messages, we need to give people ammunition to talk about those things’,” he adds.

I’d have hoped that Carling would have featured higher up the list for beer and cider, as we have the biggest beer brand website.

Our Carling page only went live two months ago. We recognise that people want to have more engaging conversations rather than listening to us telling them what we are doing – so we’d certainly hope to rise up the rankings. We also have a ’We love curry’ Facebook page for Cobra, which has about 90,000 fans.

It surprises me that charity work appears in the list of what people are talking about. I wonder if people think that brands are doing great charitable things or not enough. But it shows that it is important as brands move into corporate responsibility.

We work with agency Shiny Red, which monitors the conversations but we also involve ourselves. You will regularly see me pop up in conversations about our brands.

We can advertise what the perfect pint of Carling should be, but people are actually talking about what happens when they buy a pint in a pub. That is the level of conversation you have to get into. 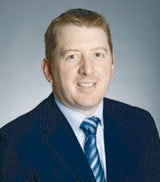 I am not surprised that social media conversations focus largely on customers’ own experience with brands, rather than marketing or media coverage.

People engage in social media mainly for personal reasons, and as part of this they will share their positive and negative experiences of a brand.

Using social media to provide customer service, a route that John Lewis is committed to, is about dealing with people individually. Customer loyalty is built on trust, and you earn this by being helpful and human. This isn’t a new rule specifically for social media, it rings true for the wider relationship a brand should have with its customers. The shopfloor mentality applies in social media as much as it does elsewhere.

Having launched our social media properties in October last year, we’ve learned that when a brand starts out in social media there is a clear distinction between the wider conversation about a brand and those in which the brand itself is engaged in.

So to build an audience, you need to be relevant. Listening and gaining insight from wider conversations is a critical part of the process. Ultimately, the more John Lewis understands what is being said the better we can adapt our strategy to make sure we facilitate positive conversations. 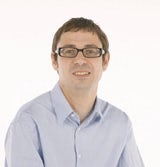 The research shows that people are talking about quality, price, helpfulness of staff and customer service rather than marketing or media coverage and this reflects what we see day to day. But we also see massive spikes when extra marketing is going on, such as our pre-Christmas campaign with Bing Crosby. We started measuring online sentiment a couple of years ago.

Marketing isn’t part of the conversation all the time but when there are things that really resonate with the public they will tell you about it, which can be quite positive.

We look at ourselves and compare ourselves with our competitors, and we break down sentiment by categories. We do that to understand what people were saying about us, with a view to us seeing how we could be useful to people, so that first stage was a listening phase.

The biggest things that people talk about are our products and quality, and there is lots of discussion around value and the customer service in our stores.

We look at online sentiment by category – whether that is products, stores or delivery – and we launched Argos Helpers, which is our customer services via Twitter. We also launched our official Facebook page last October, which is one area where it is difficult to work out how you want to segment and what you want to talk about. 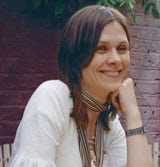 It’s far more motivating to talk about that in social media than to discuss the marketing a brand might have put out.

Buzz monitoring allows us to see the subjects that people are talking about within financial services and about HSBC. I’m flattered that the brand has come up quite well in this study.

I hope that has something to do with the proactive stuff we are doing. For example, we ran a campaign that tried to fuel conversation about how students fund university education – a topic close to people’s hearts.

We measure sentiment too. I think buzz metrics are a bit of a blunt instrument because they record all the mentions of HSBC regardless of when and how they’ve happened and a lot of that is the use of our brand in general conversation.

It’s harder for us to engage in a very direct banking conversation because people don’t want to talk about their finances and also because we are not allowed to publicly identify customers. Therefore, we need to find things that are attached to our business but are not customer service as say the model that Dell has adopted by delivering customer service through social media.

Exposure worked with The Centre for Brand Analysis and TNS to talk to more than 1,000 consumers from a nationally representative sample.

This was followed by qualitative research with friendship groups, as well as analysis of blogs in terms of the amount that people are talking about brands and whether they were making positive or negative comments.

The Talkonomics report looks at the automotive, home retail, beer and cider and financial sectors. 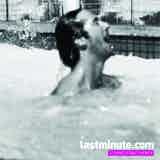 Lastminute.com has a new positioning as an all-round lifestyle retailer looking to inspire customers and curate their free time. UK marketing director Mark Fells explains more: MW: What is the perception of the business that lastminute.com is trying to shift? Mark Fells (MF):When lastminute.com launched in 1998, we revolutionised the way people bought hotels and […] 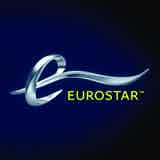 With the introduction of a new visual identity and revamped product and service offering, Eurostar is trying to take advantage of the commercial opportunities that changes to the law and its business structure have presented. Changes, the company hopes, will help it usurp both air and train rivals by becoming Europe’s “most loved travel experience”. […] 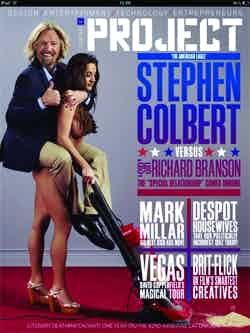