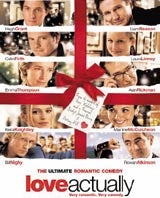 If you have children, they’ve probably been talking about Nemo, Squirt, Dory and Gill. These are characters from Finding Nemo, the latest movie from Pixar Animation, the makers of Toy Story. While they may not be household names yet, their images will feature on numerous promotional items in the run-up to Christmas as marketers try to capture the hearts and minds of the country’s youngest consumers.

Children base their purchasing decisions on familiarity, rather than product information. If they see a character they recognise on the packaging, they are reassured that the item is right for them. This phenomenon has fuelled the huge market for film character licensing, particularly around family movies.

According to the International Licensing Industry Merchandisers’ Association, revenue from character licensing, which includes entertainment, television and film, rose 4.1 per cent in the UK in 2002, to &£61m. Character licensing is the biggest sector of the &£140m UK licensing market, ahead of fashion, sport, trademarks/brands and publishing.

With more than 300 films released in the UK each year, it can be hard to predict which titles will ultimately have playground credibility. Most licensing deals are signed more than a year before a film is released and, with only storyboards and pre-release trailers as a guide, companies are desperate not to be linked with a flop.

Yet it is no longer enough merely to piggyback a blockbuster movie and hope for a short-term sales boost. Consumers will question a promotion if it appears inappropriate and lazy, so companies need to associate themselves with characters that not only have classroom kudos but also fit their own product’s values and image.

“Brands will look for a licence that will entertain and retain existing customers, while recruiting new ones. Can a movie character bring variety and excitement to the product?” says Mary Aiken, sales and marketing director at creative promotional items company Megaprint.

Restricting licences to properties from studios with a strong track record, such as Disney or Pixar, is one way to reduce the risk surrounding film licensing. Promotional marketing company The Communications Agency (TCA) has negotiated promotions around The Lion King, Toy Story and Finding Nemo.

One of TCA’s clients is drinks brand Robinsons, which has used characters from Tarzan and Toy Story 2 in past campaigns. For Finding Nemo, the brand is promoting a character lunch bag on 25 million packs and expects redemption levels to be the highest for any offer this year.

Brand controller Janine Chandler says the company plays it safe by linking with films it knows will be hits, but this does not just mean every Disney release: not all the films fit into Robinsons’ own promotions schedule. In June, for instance, the company focuses on Wimbledon.

Some licensees choose to avoid new films completely, preferring to wait until the sequel to a hit film is released before committing their money. According to the licensing trade newsletter Jeneration News, 27 follow-up films have been released in 2003, including sequels to Men In Black, Stuart Little and Tomb Raider.

Some film brands which have gone on to be huge hits, including movies such as Jurassic Park, have struggled to attract lucrative licensing revenue first time around. It was a similar story for the first Lord of The Rings film. Many in the licensing and marketing industries initially considered its November release date a mistake.

In reality, the timing gave a boost to retailers not only at Christmas but also in the sluggish first quarter, convincing many stores to stock character products throughout the year.

The first film, Fellowship of the Ring, had about 20 licensees. The Two Towers had 25 and Return of The King, the final film, has 40.

Rupert Waters, senior licensing manager at The Licensing Company, which oversees the Lord of The Rings franchise in the UK, says the aim with any film series is to get brands signed up for two or three movies, although this can be difficult to achieve.

“The character licensing revenue for the second film was up by about half on the first. We expect similar growth this time,” says Waters.

With money tight, there is a fear of failure among film studios and licensees. This fear is the main reason the movie industry has concentrated on film series, such as Lord of the Rings and Harry Potter, and characters with a proven brand heritage that have, or could, transfer to other media. These have tended to be characters taken from successful television shows such as Thunderbirds, or comic strips such as Spiderman or X-Men. Marvel Enterprises, which owns the rights to these three comic strips as well as the licence to sell figures based on Lord of The Rings, generates 45 per cent of its revenue from licensing.

Although most character promotions tend to be linked to films aimed at children and families, there are opportunities to target adults. This is the one area where brands are more likely to take a risk with a new film.

Paul Cartmell, founding partner at integrated marketing agency Billington Cartmell, says: “There are other ways to judge a film’s potential success. You can look at the cast and the director and take a decision on what effect their involvement will have at the box office.”

Cartmell cites Universal Pictures’ 2003 Christmas movie Love Actually, which stars Hugh Grant, Martine McCutcheon, Emma Thompson and Rowan Atkinson, as an example of a new film that clients are happy to get involved with. It is the first movie that writer Richard Curtis has directed, but the proven British romantic comedy plot, this time featuring Grant as the Prime Minister, plus a celebrity cast, should mean licensees are not disappointed.

Billington Cartmell has devised a promotion for Nescafé Gold Blend, a brand that has traditionally exploited romance in its marketing campaigns. Millions of jars have heat-sensitive labels placed under the wrap-around gold shrink sleeve. Consumers have to remove the sleeve and hug the jar to see if they have won a prize.

Brands which see character licensing as the perfect way to reach children do not have to go to the expense of linking with a major film. They can instead create their own characters, using them over many years. Kellogg’s Tony The Tiger, Quaker’s Honey Monster and even the Andrex puppy are three obvious examples of where this has worked successfully.

Mercier Gray director Rob Gray says: “It takes time to establish characters in consumers’ minds, but using your own characters can be a more cost-effective long-term solution.”

Character licensing is a powerful marketing tool, but predicting how a film will be received and timing a promotion to perfection is a skill that even the greatest superhero would have to work hard to pull off.