The company says that since the ad’s initial run in October 2009, the campaign has contributed towards Heinz’s strong sales performance and in the last twelve weeks, it has seen a growth of 16.2 points across its ambient category.

The brand will now run a second burst of TV advertising, starting today (2 February), that will run for nine weeks and remind consumers of those key moments in life when ‘It has to be’ or food experiences when consumers just know that “It has to be Heinz”.

The campaign is Heinz’s biggest marketing campaign in five years and celebrates the way people perceive the country’s most loved food brand. It aims to tap into the deep connection that consumers have with Heinz, built on the trust of over 100 years of great taste and value. The campaign focuses around five products in Heinz’s iconic portfolio – Heinz Beanz, Heinz Tomato Ketchup, Heinz Salad Cream, Heinz Pasta and Heinz Soup.

Giles Jepson, sauces and soup marketing director at Heinz, says: “We continue to see strong sales across the Heinz ambient range and “It has to be Heinz” has played a significant role in this. The first airing of the TV advert reached an audience of over 42 million adults and appeared on prime slots such as ‘I’m a Celebrity Get Me Out Of Here’ and ‘The X Factor Final’. This next airing, combined with our continued radio and PR activity is set to remind consumers that sometimes ‘It has to be Heinz’.”

The TV campaign will be backed by radio, PR, intensive in-store marketing and cross category promotional activities. Advertising was created by AMV.BBDO and media by Vizeum. Digital activity was produced by Grand Union. 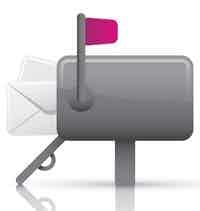 With consumers becoming ever more receptive to email marketing, brands need to invest time and money getting the most out of this valuable sales channel.

Using the customer database to drive communications has been a winning strategy during the recession, but only for 37 per cent of companies. A further 27 per cent say that they have become more reliant on database marketing during the downturn, according to a survey among 500 marketing decision makers carried out by GI Insight.