Ban Ki Moon, the secretary general of the United Nations, was heading a contingent of world leaders from 193 countries at the UN General Assembly as they announced a new set of Global Goals designed to fight inequality, protect our planet and put an end to extreme poverty by 2030.

It is being called the world’s most important to-do list, and rightly so. President Clinton was in town, hosting his Clinton Global Initiative annual meeting, talking about the power of public and private partnerships to bring the Global Goals to life.

And Beyoncé was one of the headliners at the Global Citizen festival in Central Park, bringing together people from all walks of life to support the movement.

I was there too. On the face of it, it is perhaps not the most obvious place to find a CMO. However, events like these give marketers and brands the chance to bring about positive change and help to deliver a brighter future for our planet.

How does this work in practice? The roster of brands supporting the Global Citizen festival covers everything from Gucci to Google and H&M to the BBC, as well as a full complement of non-government organisations.

Unilever is a partner and Project Everyone, founded by Richard Curtis, is also involved. Project Everyone has a simple but mighty ambition – to share the UN Global Goals with seven billion people in seven days – and the festival is an enormous opportunity to contribute to the initiative, turning complex policy into something that people can take action on and get involved in.

As anyone who has ever tried to give up smoking knows, changing habits is really hard. But by using familiar brands to carry the message, people can feel they are involved in changing habits for the better and really making a difference.

The more widely-known and better-understood the Global Goals are, the more politicians will take them seriously, finance them properly, refer to them frequently and make them work.

But with the Meaningful Brands study conducted by Havas telling us that most people would not care if 74% of all brands disappeared for good, will the fact that YouTube, T-Mobile, various Unilever brands and all the rest are supporting and promoting the Global Goals make a blind bit of difference?

How can brands bridge the gap between apathy and action, particularly with that all-important millennial audience – the biggest generation and the leaders of tomorrow?

If you tell me I’m a consumer, I’ll look out for myself; engage me as a citizen and I’ll be happy to help you change the world. If we want to change the world, we all have to be involved. All people of all ages, every brand, no exceptions. Bridging that gap means recognising that brands can be citizens too, with a responsibility to promote, share, create exposure and help to make change.

Most importantly, brands can help people to connect to a political process that will make an impact on the world they live in – and that their children will inherit – to act as citizens themselves and not simply as consumers. That is a brand’s role as a citizen – to help consumers be citizens too.

So when Beyoncé comes on stage to thousands of fans, or Ban Ki Moon addresses the UN General Assembly, their message will be the same. And it will be the same for Unilever, Google, YouTube and all the others – stand up as a citizen of the world and be counted. People and brands, we can all make a difference.

To quote Woody Allen, 80% of success is just showing up. There is no better time to create a bright future – be part of the world’s greatest team and support the Global Goals.

This is part of a series of columns written by our Vision 100 inductees, who will share their experiences, best practice and thoughts on what makes visionary marketers and organisations. Marketing Week’s Vision 100 in association with Adobe is an exclusive club of the brightest, best and most visionary executives.

Find out more at vision100.marketingweek.com 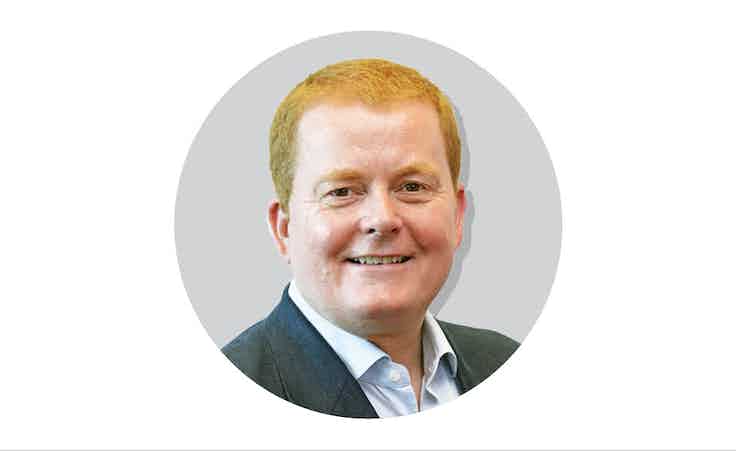 In her final Marketing Week column, the web psychologist sets out the three big questions brands must ask to reveal whether their attempts at persuasive marketing are flouting ethical principles.