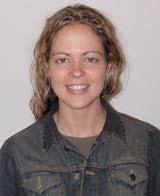 Nike scored a major coup last month when the music from the brand’s Secret Tournament FIFA World Cup commercial – a remix of Elvis Presley’s “A Little Less Conversation” – knocked Pop Idol favourite Will Young off the top of the UK singles chart.

Apart from helping Elvis to notch up his 18th UK number one single – nearly 25 years after his death – the success of the track is significant because it marks the first time the Presley estate has allowed Elvis’ music to be remixed and used in this way. Historically, many rights owners and artists’ managers have been sceptical about allowing their classic recordings to be used in ads.

In recent years, major record companies, including Warner Music, have become much more interested in establishing marketing partnerships with brands. And there has clearly been a shift towards the use of well-known tracks in ads: Madonna allowed Microsoft to use “Ray Of Light”; and Frank Sinatra’s “Come Fly With Me” and “They All Laughed” have been used by Renault and Carlsberg respectively.

However, in the same way that marketers are the guardians of their brands, record companies have to protect their artists and their recordings. Obtaining approval for the use of major artists’ recordings in ad campaigns is always a challenge, but the potential rewards can be high.

Contrary to what some brands and agencies may think, it is not just about getting the price right – although, of course, it is always important to allow a realistic budget.

If a track has been highly successful, an artist will be careful to maintain its value. If artists have sold millions of albums, they may feel that an ad is simply trying to ride on the music’s success, without adding anything to it.

Artists and their managers may want to know whether the music is to be the central feature of the ad, or merely to underscore the visuals. Is there a voiceover, or is the music the principal soundtrack? Is the product being advertised a brand that is appropriate to the artist’s image? All of these factors will influence the artists’ and record companies’ decisions.

Most living artists want to control and manage their image. If they already have a high profile, they are careful about how they maintain that profile. So it is very important for an advert that uses their music to have high production values. The quality of the ad is often the most crucial factor.

If the quality of the production is good, the brand is right and a realistic budget has been allowed, then brands should never write off the possibility of obtaining the rights to a top artist’s work. Record companies recognise that such a move can remind people of a forgotten classic. And, as Nike has shown, a recognisable and distinctive music track can give a significant boost to a brand.

Jane Davies is head of film, TV and advertising at Warner Music UK

With so many rivalries involved, it’s little wonder that generic campaigns are a minefield for everyone involved. Can competitors put aside their differences and work together for a common goal?