The ad implies that the meerkat character has been overworked by the increase in traffic to the fictional Comparethemeerkat.com site as consumers visit it by mistake when seeking Comparethemmarket’s comparison services.

It follows the previous ad in January that saw brand ambassador Aleksandr Orlov give Sergei a ‘laptopmabob’ so that he can work around the clock on the newly added credit card service.

The ad was previewed for fans on Youtube and Facebook following a week-long social media campaign that began with Sergei mysteriously disappearing and Aleksandr discovering he had been hospitalised.

The ad was created by VCCP. 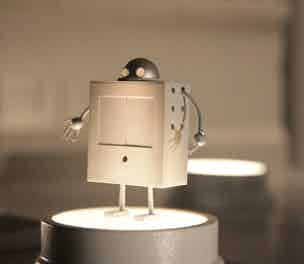 Sony is to launch a global brand campaign to support the first Xperia smartphones released since it bought out Ericsson’s mobile arm, emphasising the “imagination” behind its devices.