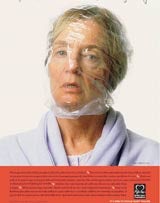 Over the past 18 months, a number of charities have pushed the boundaries of fundraising in an effort to keep pace with revenue targets. Hard-hitting creative executions from charities such as Barnardo’s and the British Heart Foundation have caused a stir in the media, while the debate over face-to-face fundraising continues to divide industry thinking. Either way, charities have been making headlines recently, but not always for the right reasons.

Fundraising is one of the most innovative marketing arenas, embracing a variety of new tactics including creative affinity tie-ups, viral campaigns and e-marketing. But such innovation has generated its fair share of criticism and detractors.

The need to tread uncharted waters and the opportunity to make activities work differs significantly across the fundraising spectrum. For some charities, there is a growing need to reach younger donors or to attract those willing to give long-term financial commitment. Other charities are looking to target donors who are willing to give more money when they do make a donation.

The most popular method for raising donations is through face-to-face fundraising – 67.7 per cent of all donors give to charity in this way. Charities for the elderly benefit the most from this channel, as 76 per cent of their supporters contribute in this way. However, wildlife charities receive the lowest proportion of money from this method, with 61.1 per cent of supporters giving in this way.

This explains why charities saw a golden opportunity to increase the revenue potential of this significant donor group by adopting a high street presence with so-called “chuggers”. While the traditional tin-rattlers typically contribute just two per cent to a charity’s total revenue, this new genre of face-to-face fundraising, which often means signing up to a direct debit, outstrips that figure significantly.

However, there is no consensus on the future of this seemingly lucrative approach. Last year’s Queen’s Speech unveiled the draft Charities Bill, which is likely to lead to the introduction of tough laws governing face-to-face donations. The Home Office is in consultation on the issue, but it is thought any changes in the law could lead to charities having to apply for local authority licences allowing them to collect donations – whether through direct debits or cash – only at specified times and places.

However, “chugging” has not worked for all charities. While Amnesty International, Greenpeace and the National Deaf Children’s Society wholeheartedly support this tactic, others have abandoned it because of poor retention rates.

The second most significant channel for giving is the post. Direct mail is the backbone of many fundraising strategies; wildlife and human rights causes have the biggest proportion of supporters using this method at 40.7 per cent and 37.2 per cent respectively. Charities for children’s welfare and helping the elderly have the fewest supporters who give in this way. This method may also be overhauled as industry watchdog Postcomm is reviewing Royal Mail’s tax breaks for this industry.

So far, the internet has been slow to prove its value for charities and, until last year, only a handful fundraisers had created a winning formula for generating revenue streams online. However, over the past six months, the market has unveiled a series of bold campaigns. The National Deaf Children’s Society launched an innovative viral game, while a World Society for the Protection of Animals/ Orange affinity deal offers customers animal noises as ringtones. This type of activity is relatively new and has yet to have a significant impact on the industry’s bottom line.

In real terms, donor numbers from online and mobile marketing remain relatively low. Human rights causes have been the most successful online – 2.9 per cent of supporters were recruited this way. This figure is nearly double that of other charity groups: children’s welfare and wildlife groups score significantly lower with less than one per cent of donors coming through this channel.

The ultimate goal for most charities is a long-term commitment from supporters – whether this is via direct debit, standing order or a covenant. An NOP survey in August 2003 established that 15 per cent of charitable revenue was given by committed donors. But, according to Claritas Acxiom data, that number belies some dramatic differences between the different charity groups.

Undoubtedly, human rights causes can lay claim to the biggest proportion of committed givers: 17 per cent of donors give via a covenant while 23.9 per cent have a direct debit. Third World causes also do well with committed giving, as do environmental charities. The commitment among donors to these three groups is attributed to the fact that these causes are most likely to attract younger, more affluent supporters.

However, elderly causes fare worst when it comes to committed donations, with typically less than ten per cent of their supporters choosing to give in this way.

Charities are always looking for new ways of encouraging people to part with their cash. Some will ride the face-to-face wave until it starts to break; others will seek out new ways to reach donors using new channels. Whatever the tactic, fundraisers recognise a need to communicate with a wider audience and the sector poses one of the most exciting challenges for marketers.