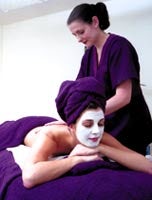 Even at the best of times, decisions about incentives and gifts for staff and clients are never easy. What, if anything, will have the desired impact and stay within budget, without appearing to be a cheap, impersonal gimmick? In the more austere climate of a downturn, these questions become more difficult to answer.

Voucher Association deputy chairman Larry Millard asks: “What effect will the gloom in the economy have in the run-up to Christmas? It may have an impact, but then the last thing you want to cut back on is incentives for your staff.”

Most companies would have no trouble agreeing with that sentiment. But equally, at a time when manufacturing companies, dot-coms, airlines and other businesses are losing staff, ploughing substantial funds into “incentives” for those who remain does not look good.

Whatever the environment, it is difficult to ensure that a particular gift is going to be valued. Gifts for clients – where a personal touch is usually easier to achieve – are often less of a challenge than internal gifts and incentives to staff. But as Nestlé payroll administrator Clive Smith explains, sometimes ex-employees can be the most demanding market. He says: “Nestlé sends out Christmas gifts to some 15,500 pensioners. They’re the kind of customer base where it is important to ensure that everything goes smoothly for them. They carry a surprising amount of clout if things do go wrong. It’s important for Nestlé that no one is overlooked.”

Personal experience will tell most of us that, while a well chosen gift or item of merchandise can have the greatest impact, the chances of getting the choice right are slim – which is where vouchers come into their own. If you give people merchandise, the likelihood is that some will be disappointed.

This is especially true of the Nestlé operation, given the large amount of recipients. The Christmas gift to pensioners consists of Capital Bonds, which are favoured because of the company’s reliability, says Smith, and its ability to shoulder the administrative burden involved, including organising delivery.

Smith says that for more targeted internal incentives such as long-service awards, the tradition of the gold watch remains strong. But even here there are signs that more flexible products, such as Capital Bonds, are finding favour.

Capital Incentives, the company that supplies the bonds, thinks that a client’s budget is better invested in a voucher system than in merchandise. Capital Incentives managing director Graham Povey says: “People in the office might joke about a gift that cost &£20 or &£30, and is not really appropriate, but vouchers are easier to administer and satisfy more people. Leisure vouchers, in particular, come to the fore at this time of year.” He points out that about 100 national retailers accept Capital Bonds.

One argument against vouchers is that once a purchase has been made, there is no longer a link to the giver. Povey argues that, unlike cash, a voucher will not get lost among your change, and that people do remember what they bought. He adds: “Capital Incentives thinks that presentation is important. When combined with a letter from the managing director there is an indication that some thought has gone into the gift.”

For another company that is transformed by the Christmas rush – Harrods – this season is more about gifts than rewards, and that makes merchandise more appropriate than vouchers. In particular, says Harrods head of Corporate Service Richard Whitbread, the hampers represent good value for money, as well as being a prestigious gift. He says: “This destroys the myth that people only come to Harrods if they’re extremely wealthy and have money to burn.”

For clients who are short of time, Harrods offers an account management service. Whitbread says that the answers to five questions give staff enough information to compile a shortlist of 20 products for the client to choose from.

Harrods has a dedicated hamper buyer, and is, according to Whitbread, all-year-round job. He says: “We don’t like to veer off the route completely. But at the same time, people prefer not to see the same things every year.” He has noticed a recent trend in hampers towards the inclusion of more durable goods such as cafetieres and cookie jars.

In more general terms, says Whitbread, the distinction between gifts for men and women is becoming less important. At the same time, there has been increasing emphasis placed on leisure pursuits – anything goes, so long as it is outside of work.

One effect of this emphasis on leisure has been an explosion of interest in activityand experience-based gifts. Virgin Incentives now has two sides to its business; the vouchers side – linked to the group’s various retail, travel and leisure businesses – and Virgin Experience. The list of experiences offered includes activities for both the individual and the family, and includes everything from bungee-jumping and white-water rafting to golf days and beauty therapy.

Virgin Incentives sales and marketing director Andrew Johnson says: “It shouldn’t necessarily just be about adventure and excitement. For some people, the ultimate experience will be dining out at Raymond Blanc’s.”

Like traditional vouchers, these gifts do not suffer from the delays and logistical difficulties associated with merchandise. Johnson believes that a tailored experience cannot be beaten, both in terms of being a personal gift and a memorable one. He has a theory about the number of “hits” that this kind of gift provides – the first is when it handed over, another on the day of the activity, and a third when the recipient’s photos of the day come back. And certificates given on completion of the activity, or mounted photos can be branded.

The leisure and activity theme has also been reflected in the options now available with multi-redeem vouchers. The Voucher Association says it has seen an increase in the number of partnership deals where different brands and outlets pool their resources in a single scheme. As an example, Voucher Association deputy chairman Larry Millard points to the recent collaboration between Whitbread’s Leisure Vouchers, Marriott Hotels and activity-based Red Letter Days.

Millard’s organisation High Street Vouchers illustrates the benefit, in terms of incremental growth, of a scheme that expands faster than any single retailer . Year on year, he says, sales for his company rose by 30 per cent, largely because of retailers joining the scheme.

The voucher industry appears to have recovered from the cost and administrative burden that came with the imposition of National Insurance Contributions (NIC) on the value of this type of incentive. Millard says that a comparison between the first two quarters of 2000 and 2001 shows that, as a whole, the sector is growing.

As Harrods’ selection service illustrates, the time and administration associated with sourcing gifts cannot be ignored, and internal incentives, tax and NIC calculations have only added to the workload. Responding to this, Projectlink has designed intranet-based systems that manage budgeting and administration, while allowing staff across different sites to access a range of gift and activity options. Projectlink also has its Supercheque voucher, which can be redeemed at some 65 retail, travel and leisure partners.

Projectlink managing director Stephen Humphreys says: “If you’ve got a fragmented company system, then the process of collecting that spending and tax data is horrific.”

Projectlink’s website – theincentiveshop.com – is designed for large companies with an annual incentive spend of about &£30,000. It captures all transactions on the system and resolves what would otherwise be a diffuse mass of paperwork into a single monthly invoice. It also means that spending by individual managers can be more closely monitored.

Although year-round merchandise, such as chocolate and flowers, is a growth area, says Humphreys, there are good reasons for choosing vouchers as a gift – especially in the run-up to Christmas. Even suppliers that work hard on their logistics find it difficult to guarantee delivery of merchandise ordered after the end of November, even though there would be plenty of business in December.

Humphreys says that, from the giver’s point of view, vouchers leave the customer service element squarely with the retailer. He adds: “The last thing that HR directors want is to come in at the beginning of January and find the smashed contents of a hamper on their desk.”

Finally, companies that want gifts, which place their name – and not just positive memories – centre stage have traditionally opted for pens and diaries. It has become increasingly difficult to make this type of merchandise appear special, and desk diaries now suffer from fierce electronic competition.

Undeterred, Castelli managing director Colin Cowan claims that his company’s diaries offer the greatest range of formats and designs in the world – 600 products, to be exact. The Italian-based group manufactures 90 million diaries worldwide, he says. Despite our devotion to pleasure, it seems that many people are still giving and receiving gifts where adventure and indulgence are limited to the colour of your desk diary.