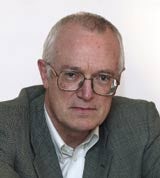 Despite the widely acknowledged power of the brand, marketing departments are often seen as separate from the profit-generating process, says Chris Ingram

Marketing is under the spotlight. In the past 18 months, the Marketing Society, McKinsey, The Marketing Forum and a host of others have surveyed the industry. Many have been critical of the attitudes, priorities and lack of authority of marketing departments, and any enthusiasm shown has been highly qualified.

To offset this analysis of what marketers and their peers think, we have analysed what is happening to marketing departments. For the past three years we have logged all significant personnel changes as reported in the trade press, to arrive at some top-line conclusions.

The period 2003 to 2005 covers the early stages of recovery from an advertising recession through to a time when the economy has been solid, if not growing very strongly. Reflecting this, the level of significant redundancies in marketing peaked in the last quarter of 2004 and has fallen every month for the past four quarters. The number of companies parting with marketing directors fell significantly from 64 in 2003, to 47 in 2004, to 38 last year. In 2003, we identified the worrying sign that 16 companies had scrapped the marketing director role; by 2005, only six companies had taken this step.

Conversely, the role of commercial director continues to grow in appeal, with 18 and ten medium to large companies creating this position in 2003 and 2004 respectively. This rose again to 16 in 2005. This is not one-way traffic. Weetabix, easyJet, Blockbuster and RAC scrapped the commercial director role in recent months.

So, despite the angst, things are better than they have been for three years. Yet, there is a pattern/ when a company or sector faces trading difficulties, the marketing department is slashed. Retail, financial services, packaged goods companies and mobile phone operators have seen the heaviest cutbacks. And in 2006, with a tough advertising environment in the UK, it is likely the media industry will be hit relatively hard too.

Simple as it is, this survey demonstrates that marketing is not seen as the answer to delivering top-line growth – it would be more protected from cuts if it were. The irony is that, while the power of the brand is acknowledged as never before – in the boardroom and just about everywhere else – marketing departments are seen as separate from that process.

Marketers have fallen into the same trap as their much-maligned agencies: they have defined their role too narrowly, just as the business world has become much more complex. A survey last year by PA Consulting and Cranfield School of Management showed that only 18% of senior marketers influence sales management decisions; 39% influence pricing policies; 5% own the product development budget; and 27% influence the development and culture.

For many sectors, customer experience is key, yet how can marketers play a major role in this if they have limited or no influence over sales, pricing, new product development and corporate culture? This is not unique to the UK. A US survey last year shows a similar trend with a significant percentage of marketers playing no role in functions close to the customer: customer experience (18%); customer service (33%); pricing (43%); and the sales force (45%).

Yet there is hope in the UK. Just over a year ago I wrote approvingly that Tim Mason at Tesco described himself as “representing the customer in the boardroom”. Since then, Sainsbury’s, Asda and B&amp;Q have made senior appointments with “customer” in the title.

That’s not a problem if they are able to speak the same language, but how often do you hear a marketer talk about profit? (Then again, how often do you hear an ad or media agency talk about clients’ sales, let alone profit?) Return on investment is vitally important for marketers – it enables them to speak the same language as their chief executive. Perhaps the most disappointing statistic is that only 24% of marketers say they want to be more accountable. The blame for this cannot be laid at the door of UK or US marketing bodies: both the Marketing Society and the Association of National Advertisers have alerted the industry to the issues.

It is down to marketers – if they allow short-term pressures to dominate, they will only ever be an implementational department. If they regard marketing as a separate career and move every two years to another company, they have only themselves to blame. They will not gain a deep understanding of their business or build strong networks in the company. They will stand no chance of taking responsibility for the customer experience and they will have failed to learn the language of the boardroom.

This is a tough environment and all functions are under the microscope. The advantage for marketers is that in an era of global competition, pricing transparency and low-cost competition, the brand becomes the only sustainable differentiator.

If this were football, I’d see it as half-time with marketing 2-1 down to finance – but we have the wind behind us in the second half and finance’s legs have gone.