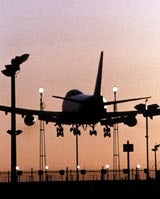 You printed an answer to my letter about BA from someone who works for a major carrier but prefers to remain anonymous (MW October 25). I’m afraid Anon completely misses the point. My criticism was that BA and the other big boys kept on looking through the eyes of airlines, not airline passengers.

The low-cost carriers went their merry, cost-cutting way (following the retail trade who have tried every price-promotional trick in the book), leaving the full-service airlines looking like scalpers. Anon paints a bleak picture of airline woes, but has nothing to say about the ways that price promotion could at least have created a perception of better value. Like rock-bottom fares for the rearmost (means noisiest) three rows, half-price for the next three, whatever.

Everyone accepts fare differentials between First/Business/Economy classes – why not extend the process and create “sub-economy” fares to be a headline grabber?

Exhibition organisers must take into account everything from security and transport links to the prevailing economic climate when planning an event. A range of companies exist to insure events or ensure they run smoothly, says Steve Hemsley

Celebrities are a good crowd-puller at any conference or event, but is a household name on its own enough? Should guest appearances be tailored to suit the industry or organisation that they are addressing?