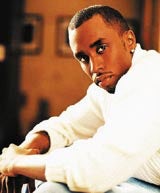 For some time, critics on both sides of the Atlantic have been announcing the death of reality television. An uneventful series of Big Brother or lower viewing figures for Survivor is all it takes for pundits to decide that viewers no longer have an appetite for “reality”. After all, the reality genre has been held partly responsible for the dumbing down of television, seducing hapless wannabees with the chance of instant fame and fortune.

Mark Burnett, however, best known as the inventor of Survivor, believes he has something fresh to offer the genre. Burnett’s new NBC show, The Apprentice, starts filming this month. In a bid to attract a more upmarket audience, participants in this addition to the reality stable include both Ivy League MBAs and those with a more streetwise brand of entrepreneurial flair. The 16 contestants are not competing for the lifestyle of a pop idol, or the chance to become a television presenter: instead, they will be battling each other for a job. This is not just a regular nine-to-five job, though: this one will involve long hours, hard graft and a demanding boss to answer to. And although the winner will earn a six-figure salary, he or she will have to spend a year working as Donald Trump’s aide de camp. The contestants will live together in a specially constructed warren of suites in New York’s Trump Tower and, in true Big Brother style, almost every move will be recorded. Each week, they will be given a job assignment. The contestant who fares the worst in the assignment will be unceremoniously fired by Trump.

The Apprentice is certainly a bold move by its maker, in that it attempts to make business interesting to watch and to attract a higher – or at least different – calibre of person, both to participate in and to view the show. Many people watch television to escape the mundane reality of work, so the producers will have to make the assignments more interesting than everyday tasks. The show’s makers believe that the scheming, wheeling and dealing that will go on behind the scenes – plus the presence of the notorious Trump – will make for fascinating viewing. Some of the job assignments are even billed as “humorous”, even though they will all be tough.

Much of the show’s success will depend on Trump’s performance. There is no doubt that his surname has become a potent brand in capitalist America – he recently boasted that attaching his name to a building or a golf course meant it earned more than twice the revenue it would otherwise have managed. In addition, Millward Brown surveyed 2,000 adults, comparing Trump to five other “branded business entrepreneurs”. Trump was viewed as less interesting to see in a reality show than Oprah Winfrey and Ted Turner, but more appealing than P Diddy or Martha Stewart.

According to Millward Brown vice-president Ann Green, the Trump brand is “caught between floors”. “He clearly appeals to a younger, male, aspirational audience,” says Green, who points out that opinions about Trump have not really changed over the years. “That’s a good place to be in.” 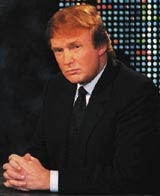 Having spent some time in relative obscurity, Trump is eager to revamp his waning profile. In marketing terms, the show could be a great vehicle to take both Trump’s brand and his fortune back into the limelight. Trump, who is worth an estimated $1.9bn (£1.1bn), recently announced his intention to “stick to the knitting”, focusing only on real estate and casinos. But this has not stopped him launching a glossy magazine, Trump World, and this month sees the arrival of a brand of designer bottled water called Trump Ice. These Trump brand extensions sound like a bad joke – but Trump is extremely serious about rebuilding his brand equity. He stands to benefit as much from The Apprentice as the show does from him, as he has a 50-50 stake with Burnett in the venture.

The show also raises questions of business ethics. If the footage happens to show contestants using devious means to succeed in their job assignments, where will Trump draw the line in terms of congratulating them on the outcome? If this is an attempt to reconnect the Trump brand with Americans, he needs to be extremely careful who he fires and who he retains.

Trump has never been the shy and retiring type, and this isn’t his first involvement with a TV show. In 1990, Warner Brothers created Trump Card, an unsuccessful, syndicated game show shot in one of his Atlantic City casinos. Neither is this the first television idea he has been approached with since: “The other networks have asked me to do reality shows, but I didn’t like any of the ideas,” says Trump. “I told Burnett that the business jungle in Manhattan is a lot tougher than anything you have in your beautiful tropical islands in Survivor.”

The show is a risk for Trump and cannot be explained simply in terms of its potential to improve his image or allow marketing spin-offs. Ego is playing a strong role in these decisions, and it could of course all go horribly wrong. Trump’s performance needs to capture the imagination of the viewing public, just as Simon Cowell has done through his appearances in American Idol. Should the mogul’s TV persona be less than appealing, Trump may gain little from this project beyond ridicule and damage to his brand. Even if The Apprentice succeeds, it is hard to imagine that it will do much to improve his standing within the investment community he relies upon to finance his multi-million-dollar real estate projects.

Yet Trump can never be counted out. In the past, he has demonstrated marketing genius and his brilliance as a media and financial manipulator has led him to both his greatest successes and most spectacular failures. Having survived a close shave with bankruptcy in the early Nineties, his profile is still far higher than many wealthier Americans. Whether marketing genius or ego gone mad, Trump as a brand cannot be ignored.

Donald Trump is an innovator who is willing to take risks in order to continue being recognised as the most glamorous and acquisitive billionaire in America. Whether his reality television venture leads him on to greater glories or brings his ship closer to the rocks is anyone’s guess, but one thing is for sure: it will be fun to watch. Polly Devaney is a former Unilever executive who is now working as a freelance writer