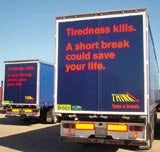 There is nothing like the subject of accountability to stir up emotions in the outdoor advertising and ambient media industries.

Trumpeted as the last broadcast medium, the industry is constantly claiming that with the combination of television fragmentation and improvements in the creative product, outdoor is best placed to ensure advertisers’ brands get noticed. Proving this, however, is another matter.

Dogged for years by a reputation for exaggerated audience figures, the industry has spent the past decade resolving this problem by investing in research to improve its audience measurement and in 1998 it launched a robust system called Postar, backed jointly by outdoor contractors and specialists.

Since Postar was introduced, the annual advertising spend in outdoor has increased from &£466m to &£774.5m in 2003. Outdoor’s slice of overall advertising spend has also grown in the same time from 3.9 per cent to more than nine per cent.

Maiden Outdoor managing director David Pugh believes the formation of Postar was a big influence in the growth of outdoor advertising: “Postar is the highest-quality media research because it measures likely to see, not opportunity to see. And as it was devised by both buyers and sellers, the industry formed closer ties to market itself more effectively.”

Over the years new elements in the form of ambient media have been introduced to outdoor advertising. Not always taken seriously, ambient fast developed a reputation for advertising in “the bottom of golf holes” and one-off stunts. Yet the medium attracts some of the biggest brands, keen to gain access to young consumers.

Frustrated at a lack of acknowledgment from the rest of the industry, a number of ambient media owners attempted to launch their own association two years ago, called the Out-of-home Media Association, to tackle issues such as accountability.

The situation was resolved last year when the Outdoor Advertising Association (OAA) introduced a third tier to its membership base to accommodate ambient media and it is attempting to address some of the ambient sector’s concerns.

One of main issues is that, while there may be just one industry body for all of the outdoor and ambient companies, Postar is only suitable to research audience figures on poster sites.

This was supposed to have changed at the end of last year, yet underground, bus-side and taxi advertising and all forms of ambient media are not included on Postar. That can make life hard for those outdoor specialist buying agencies which have to assess and collate each ambient company’s individual audience measurement systems.

Mark Henson, associate director at outdoor specialists Concord, says that each outdoor and ambient media company provides its own audience measurement. “Most ambient companies provide footfall figures. It’s up to the planner to take that gross figure and break down individual characteristics,” he says.

Postar claims buses and the underground will be included in the system later this year, although a date has yet to be set. It is unable to say when other forms of outdoor media will be on the system. In the meantime, outdoor specialists continue to rely on ambient companies’ own effectiveness data.

There is little point in guaranteeing advertisers an audience if the campaign is not displayed properly or at worst not posted at all.

Outdoor advertising is included in advertising auditing, but its effectiveness is harder to prove than some other media. Even if a poster campaign is placed in the right place at the right time, it is often not a guarantee that the ad itself will remain in good condition throughout the duration of the campaign. However, most media owners claim to make regular site inspections.

The OAA has introduced a Web-based system that its members will have to abide by, which will demonstrate that ads are posted on time. The system has uniform reporting that gives specialists data from the poster companies to show a booking has been completed. The costs of verification are borne by OAA members. 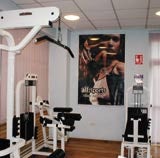 Concord’s Henson says the best way for any outdoor or ambient media company to prove its worth is through case studies: “I find that is the one thing really worth producing,” he says. “We have built this industry from having a five per cent share to nearly ten per cent – and this is largely due to research. If a company can’t produce robust research it will probably go out of business.”

Henson adds that research is an important way of keeping advertisers on side: “Particularly with ambient companies, the relationship is often a personal one with a brand manager. The problem is with the high turnover of brand managers. It would be difficult to keep a relationship going if there weren’t solid case studies for the next generation.”

Admedia pioneered advertising in toilet facilities across the UK in 1997 and launched six-sheet poster sites in motorway services in 1998. It has developed a range of case studies and testimonials to demonstrate the accountability and effectiveness of its “washroom” advertising.

The company has worked with a number of advertisers to conduct independent market research through research company MBA. It measures unprompted and promoted response, recall of the creative work on posters and perception about the advertised product. The company says it helps agencies and clients to compare it to similar research relating to other media.

This year Clear Channel-owned bus-shelter advertising company Adshel is launching a research initiative with Millward Brown. Called Adshel Strategic Tracking, Adshel claims it can now provide advertisers and their agencies with the most scientific and most accurate evidence of how outdoor performs. The company says that early pilots show a change in methodology prompts greater consideration of not just outdoor, but of all non-televisual media.

The research is done through computer-assisted screen interviews. “CASI is a major breakthrough in campaign research and evaluation, which we think will lead to a complete re-appraisal of outdoor, its effectiveness and its position within the media mix,” says Clear Channel marketing director Yvonne O’Brien.

O’Brien also claims that Clear Channel’s research for its point-of-purchase six-sheet posters at Sainsbury’s is robust: “We can take data from the tills to identify how successful a campaign has been,” she says. Clear Channel also carries out testing at certain stores, where O’Brien says they match one store carrying an ad with a store that has a similar profile of customers and compare sales of the brand.

By the lorry load

One area of outdoor that has had its fair share of detractors is lorry advertising; advertisers have doubts that posters on the side of lorries are effective. “We have had some issues with the side panels,” says In Your Space Media managing director Jonathan Bramley. “However, we have now launched head-on panels on the back of lorries to negate all these arguments.

Bramley says that his company has had to produce robust post and pre-campaign research. “Without this kind of analysis, we had to rely on a planner having a gut feeling. You can’t run a business on gut instinct,” he adds.

It’s all in the creative

Media owners claim they can guarantee audiences and will soon collectively be able to prove they have posted an ad. But they all believe that creativity on outdoor is the single most important factor in grabbing consumers’ attention.

“We can advise clients on poster design,” says O’Brien. “We can show how you can make a poster work better.” This service highlights what helps a campaign to get the best results from the outdoor medium. This includes advice on colours, logos and innovation.

Not everyone applauds the efforts of the outdoor industry. There are some that argue outdoor will never be the first advertising medium of choice. “Ask a caller what they’re responding to, and eight out of ten will say a television campaign, even if no ad has run for six months,” says Kevin Allen, director at through-the-line agency Cramm Francis Woolf. “The simple truth is that TV is the medium consumers most associate with advertising.”

Allen also believes that because of this it will always be a struggle to prove that consumers react to outdoor campaigns: “Are the same consumers who can’t remember if they saw something on TV or in a magazine seriously going to remember the poster site, shopping trolley, petrol-pump nozzle or bus ticket unless they are responding on the spot?” he asks.

There is no doubt that the majority of both poster and ambient media companies will continue to invest heavily in accountability and proving their worth. Its lack of one, straight accountability system does not mean that it is an ineffective medium.

The power of the industry is demonstrated by the fact that it still continues to grow; last year it accounted for almost ten per cent of all advertising revenue, thanks to its reputation among advertisers for delivering robust research and key audiences.

Thomson Holidays’ latest Â£3m television branding campaign focuses on the importance of holiday time and is designed to reaffirm the holiday company’s position as market leader.

Cometh the time when the Diary is invited to banish all of its hates to Room 101, doing the washing up will be up there with traffic jams and contestants who insist on singing (invariably badly) on quiz shows. The Diary’s hands that do dishes that are as soft as its face constantly smell of […]