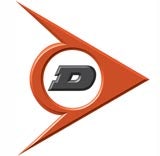 Faced with consumer apathy and an influx of low-cost tyres, Dunlop is to step up its marketing. But the brand lacks definition, says Barny Stokes

For some, the name of Dunlop conjures up vague images of tennis racquets or its once-famous Green Flash sports shoes. In reality, the company sold off its sports and household divisions more than 20 years ago and now focuses on producing high-performance tyres.

Its decision to hand its &£6m European advertising account to Bartle Bogle Hegarty (MW last week) is an indication that Dunlop is trying to reinforce its position as the tyre for driving enthusiasts. Although the company refuses to be drawn on the details of its new strategy, it says it will build on its recent Drivers Know campaign, created by 180 Amsterdam.

Dunlop UK brand manager Geraldine McGovern says the company will continue to target driving enthusiasts, while seeking to build the style and lifestyle elements of the brand. However, most industry observers say Dunlop – which spent &£630,000 on advertising in the UK last year – needs a fresh campaign to reinforce its brand identity and differentiate itself from its affiliate company, Goodyear.

Dunlop produced its first inflatable tyres in 1889, when Scottish vet John Boyd Dunlop opened his factory in Dublin. The company mushroomed into a successful multinational corporation, branching out into household goods and sports equipment. But when Japanese giant Sumitomo Rubber Industries snapped up Dunlop in 1984, it sold off everything except the tyre business. (The sports division and Green Flash brand went to Slazenger.)

In 1999, Sumitomo, Japan’s second-largest tyre manufacturer, formed a global partnership with US company Goodyear Tire &amp; Rubber Company – an alliance that now claims to be the world’s largest tyre producer by volume. The combined companies had an annual net income of $115m (&£62m) in 2004, a huge improvement on the previous year, when the group made a loss of $807m (&£436m).

The Goodyear-Dunlop alliance, however, created a need to distinguish between the brands. “Dunlop needed to do one job and Goodyear another,” explains Corporate Edge chairman Chris Wood. “So Dunlop was pushed as the sporty brand for serious drivers, with a bit of British racing heritage thrown in, while Goodyear targeted the mass market.”

But, as Wood points out, ensuring Dunlop maintains a clear identity, separate from Goodyear. is not the only problem the brand faces in the UK. With the major tyre manufacturers facing huge competition from cheaper, “faceless” Asian and eastern European competitors, all are having to be more cost-conscious and realise they cannot be “all things to all men”.

“Everybody has to think about what they never bothered with before: ‘What does our tyre stand for, who are we aiming at, and what is our proposition going to be?'” says Wood. “Previously, one tyre served everybody, but now it needs to be much more targeted. Dunlop needs to think not only about how to position itself most effectively alongside Goodyear, but also exactly who it is targeting.”

Some in the advertising industry say another difficulty for Dunlop is persuading drivers to care about tyres at all. “I think Dunlop recognises that a lot of people don’t care about tyres,” says one source. “Apart from a few sad souls and motorcyclists, most of us buy cars with Dunlops, Pirellis or Bridgestones and change them when necessary.”

Consumer apathy raises another problem: when owners have their cars repaired, they are often not interested in which replacements they have, leaving the decision up to the mechanic. Observers point out that this makes it even more difficult for Dunlop, as some competitors, such as Michelin, produce tyres exclusively for garage chains.

Other advertising sources, though, claim Dunlop’s biggest problem is that despite its racing heritage, the brand hasn’t had a clear focus in recent years. As one source says: “Its association with trainers and tennis racquets is softening. Dunlop knows exactly who it wants to target: people who know about and who enjoy driving. But at the moment, it is impossible to categorise the brand. Pirelli is the cool and sexy Italian brand; Bridgestone is the Formula One racing brand. But say ‘Dunlop’ to people and they look at you blankly.”

And on this point observers broadly agree. Dunlop has gone some way towards carving out a brand identity, but it needs a much stronger marketing strategy to back it up. As one observer says: “We’re not talking about reinventing the wheel: this is about finding a creative way of bring

-&nbsp;US hardware merchant Charles Goodyear invented the vulcanised rubber later used for tyres by chance in 1839 – he dropped some rubber on a stove and it blackened and hardened.

-&nbsp;Scottish vet John Boyd Dunlop invented the first pneumatic rubber tyre in 1844, wrapping the wheels of his son’s tricycle in sheets of rubber and gluing them together before inflating them.

-&nbsp;Japanese rubber giant Sumitomo Industries bought Dunlop in 1984 and then formed a global alliance with the Goodyear Tire and Rubber company in 1999.

Saga, the grey goods and service company, has appointed former Orange marketer Aynsley Jardin to marketing director of its financial services division. Jardin will report to Steve Ashton, chief operating officer of Saga Services, and join the boards of Saga Services and Saga Investment Direct. She replaces Michael Cutbill who left in March following a […]