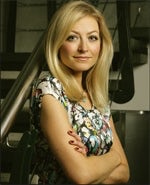 Modern-day demands on our top business chiefs are having them head for the door – with disastrous results for marketers.

Where has all the talent gone? The smartest, most capable business executives in the world are leaving our large corporates in droves and choosing to join smaller, venture-capital-driven firms. At a time when our largest companies desperately need to outperform the economy, their biggest assets are fleeing their offices.

There is always turnover at the top but retail and FMCG recruiter Moira Benigson, managing partner at MBS Group claims this has become so pronounced in the past six months that she has commissioned a report into this phenomenon. Speaking to around 40 top executives from the UK to China, the report sets out a worrying trend that affects the environment in which marketers operate.

The first common trend uncovered in the research is the enormous levels of stress and exhaustion among executives. Even the most capable business people on earth are finding the pressure at the top to be intolerable.

The impact of this stress is actively damaging their brands and their value. Antnio Horta-Osario’s leave of absence from Lloyds Banking Group in November due to “extreme fatigue” immediately knocked almost £1bn off the organisation’s share value. When Sandrine Zerbib quit China’s largest sports retailer China Dongxiang in October, its Hong-Kong traded share value fell by 8.4%.

Barnes & Noble has lost its chief financial officer Joseph Lombardi to “exhaustion”, while Hornby abandoned his role at Alliance Boots citing “extreme stress”. Meanwhile, Pfizer boss Jeff Kindler said last year he needed time out to “recharge” his batteries after four years in the role due to the “24/7 nature” of his role.

The media spotlight is the second trend picked up in this research. While marketers and communications directors often talk of the need for senior executives to embody ‘the brand’ in public, many corporate leaders feel this is stretching their role too far.

Many executives noted as part of the research that they had come up to the CEO job through the chief finance officer route. As such, they had been protected from such heavy media scrutiny beyond the usual City questions about balance sheets. Not all executives feel that it is manageable to publicly justify everything from their personal bank accounts to holidays, while simultaneously acting as a media-friendly enthusiastic brand advocate.

Andrew Liveris, chief executive of Dow Chemical, has complained of “no privacy” in his role. Meanwhile, former Yahoo! CEO Carol Bartz discovered that her internal comments to staff were being retweeted, bringing them to global attention in an unwanted way.

The third trend is a changing family dynamic. MBS’ Benigson tells me that she has encountered capable executives turning down top roles because it comes at the expense of their family life. The ‘generation X’ executives in their late 30s and 40s do not expect their role in the family to be breadwinner alone, they also want to be caregivers for their kids.

As Anthony Thompson, formerly boss of the multimillion pound George clothing business, now at smaller retailer Fat Face, puts it: “My life has changed. I waste less time. I also work just as hard now on having a fulfilling home life as I do my professional life.”

Although the report does not yet pick up any conflicts in households with two working parents, this will also play a role in future. There are likely to be less households with a stay-at-home parent. It may no longer be possible for an executive to work 7am to 11pm, because their partner’s career demands a similar level of input.

The next generation agrees. Seventy-eight per cent of future corporate leaders list “achieving a good work-life balance” in their top three most important career goals, according to the Sky Future Leaders Study, out in December, which spoke to more than 700 graduate trainees, MBA students and middle managers earmarked for leadership positions.

“Not all executines feel that it is manageable to publicly justify everything from their bank accountts to holidays, while simultaneously acting as a media-friendly brand advocate”

The fourth trend picked up in the MBS research goes to the heart of the roles of board-level executives. The pressure to deliver results on a short-term, three-month schedule leaves some feeling that ironically, the ability to steer a business is out of their hands. They are employed for their long-term vision which is then ignored in the chase for short-term profits.

John Jackson, now CEO of the Jamie Oliver Group explains: “With quoted companies, your eye is always on the next set of announceable figures, always ensuring they are better than the last set. Sometimes results take longer to come through, even though the strategy is correct.”

Fat Face’s Thompson adds that these days, his role at a small company is more challenging and he feels “so much closer to customers now”.

The issue here is that if your CEO doesn’t believe they influence long-term strategy, they aren’t going to buy into long-term marketing aims. If your business can no longer attract the top talent, it won’t perform as well and there will be less money for marketing. And constant turnover at the top means marketers will have to repeat the process of getting buy-in at the top over and over again. All in all, a bad thing.

If the British economy is hoping to make it through 2012 in better shape than we finished last year, we all need to look at the exodus in corporate talent and ask ourselves: what exactly do we want from our leaders and at what cost?

Price discounting will not be enough to succeed in another challenging year for retailers. John Lewis’s record Christmas sales show that offering value, rather than discounting, will be retailers’ saviour in 2012 (‘Marketers stress importance of offering value in 2012’). If high street retailers rely on discount-only strategies, they will leave themselves open to attacks […]