The John Lewis Partnership is one of those enigmas on the high street. There is still a bulk of shoppers that either don’t know that Waitrose and John Lewis are part of the same group, or that aren’t really sure what the relationship is between the two.

Both are regaled for their first class customer service, the ease of shopping, and high quality products, practically taking it in turns to be named the UK’s favourite retailer.

But there has always been something unclear about what bonds the two in the eyes of the consumer.

They were both founded on the same values, John Lewis in 1864 and Waitrose in 1937, when founder John Spedan Lewis built a business “powered by its people and its principles”, and these continue to inform the business direction today.

Its partners know, those in the business and retail world know, but for Joe Bloggs the partnership was never explicit.

This has changed in the past year or so as the group has ramped up its click and collect offering, bringing Waitrose stores into the fold and letting customers that don’t live close to a John Lewis department store order things online to be delivered to their local Waitrose.

Walking around the new Canary Wharf store at the launch, one thing was clear. It’s Waitrose, but not as we know it. It’s John Lewis.

The ground flood is completely given over to Waitrose’s traditional supermarket format, with the addition of a significant “food to go” area and a swanky espresso bar to serve the 90,000 city workers based in Canary Wharf. 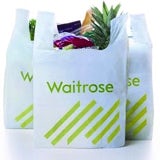 The second and third floors house the fashion, gift and home ranges, and an attractive in-store cafe.

All the non-food has been sourced by John Lewis, and specifically tailored to “The Wharf” clientele, with a range of posh toiletries and cosmetics available, high-end bags and jewellery, men’s and women’s fashion as well as a significant sports clothing range.

The commercial deal signed between the two partner companies last year means that we’re going to see more and more examples of John Lewis and its sister chain Waitrose working together to offer shoppers the best of both worlds.

Mark Price, managing director of Waitrose said at the opening that the Partnership was very committed to developing non-food in Waitrose, and to providing Waitrose food offer within its John Lewis stores.

While I was told that the Canary Wharf store isn’t something that can be replicated elsewhere because it is so targeted for the local demographic, what it does let Waitrose do is test things out.

It can see how legitimate it is for Waitrose to be selling running gear, Barbour jackets or handbags alongside its fruit and veg.

It certainly makes sense for a business which has such highly regarded expertise in grocery through its Waitrose business and in non-food through its department stores to leverage that much better across the business. 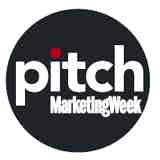 There needs to be a grown-up conversation about creativity. A gap has opened up between the perceived value of creative work and its genuine market value. That gap means many marketers out there aren’t getting the best value out of their agencies. The same goes for other agency disciplines such as planning: vital when executed […] 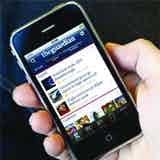 The Guardian newspaper has plenty of detractors laying into its free online content strategy, but even if it is getting its business model wrong, its marketing plans seem to suit the commitment to being a “digital first” brand. Publisher Guardian News and Media (GNM) this week revealed details of a brand campaign involving a new […] 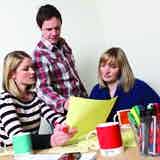 It’s an argument that is never fully resolved and is now rearing its head in the world of direct marketing. Specifically, does the best and innovative work in the field come from small agencies? The question has come about because of some forthright comments from the chair of the DMA Awards committee, Mike Colling. Apparently […]