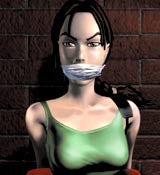 The long-running struggle for technological supremacy between Japan and the US took a new turn last week at the E3 computer games trade show in Los Angeles.

America’s Microsoft is finally preparing for battle in the $20bn (&£14bn) world computer games market, where hardware manufacture has been dominated for the past ten years by Japanese brands Sony and Nintendo.

In what is expected to be the biggest-spending marketing contest of the year, Microsoft will launch its Xbox console with a $500m (&£348m) warchest against some $750m (&£522m) invested by Sony to promote PlayStation 2 (PS2).

Nintendo, which used the E3 show to launch its GameCube console and the upgraded Game Boy Advance, aimed at younger gamers, is expected to plough smaller, but significant, sums into marketing.

As Microsoft unveiled the Xbox, Sony announced a series of tie-ins aimed at positioning PS2 at the heart of the modern living room.

The outcome of this games console war could determine the shape and success of the two companies for the coming decade.

Sales of Sony PlayStation already account for 38 per cent of Sony’s annual profits. Microsoft’s share price over the next two years will be linked closely to the performance of the Xbox. There is also competition from other quarters. Nokia has teamed up with three UK games’ developers to produce games for its Media Terminal set-top box. Due out later this year, the console will play games, DVDs, stream video and act as a TiVo-like digital recorder.

Some believe Microsoft’s launch into computer games will expand a market that is already growing at ten per cent a year. Others say there is only room for one player – the one that provides the best gaming experience.

But this is not just a skirmish over who can sell the most games hardware. The games console has become a Trojan horse with which Sony and Microsoft hope to achieve a prime position in the world’s living rooms and then flood them with additional home-entertainment services.

Microsoft believes that the Xbox’s in-built broadband connection will make it the platform that drives the games market onto the Internet. This virtual gaming will enable a nerd in Nanking not only to play against an anorak from Anerley, but also to converse with the competitor through a sound chip.

Eventually gamers will be able to download new features, upgrades and whole games from the Internet. Microsoft will control the network over which this happens, and will be able to promote other broadband services through it.

Microsoft believes that this gives its Xbox an advantage over Sony PS2, for which Internet connectivity is a pricey extra. But Sony has its own strategy for gaining control of the living room. PS2 has an in-built DVD, through which films and music can be played – Sony already controls much of the content.

Sony is also addressing the Internet issue to assure that its lack of a built-in broadband connector does not put it at a disadvantage to the Xbox. Last week it signed a deal with Telewest in the UK to develop Europe’s first online games system using interactive television (iTV).

In contrast, the GameCube is designed to have fewer frills than the Xbox or PS2 – it does not have a full-size CD/DVD player, nor does it connect to the Internet. Analysts agree that Nintendo’s main advantage is its hold on the portable computing market. To take advantage of this, the GameCube will be compatible with the Game Boy Advance.

Microsoft plans to launch Xbox in Europe next spring. But in the UK, it will be at a disadvantage. The UK has among the lowest broadband penetration in the western world. This means that one of Xbox’s main selling points – broadband Internet connectivity – will be of limited use in the UK at the time of its launch.

Following last week’s New Labour manifesto pledge to “work to ensure” that broadband is accessible in all parts of the country, Freeserve announced it was increasing the price of its consumer ADSL service – which offers broadband over copper telephone wires – to &£49.99 a month, plus &£170 for installation. If the price rises continue at this rate, total subscription could decline rather than increase.

Freeserve, the country’s largest broadband ADSL supplier, with about 27,000 customers, blames BT for the price rise, accusing it of overcharging for the right to provide ADSL services from local exchanges to the consumer. BTopenworld, BT’s Internet service provider (ISP), is also believed to be planning to increase prices for its consumer broadband access.

The long-held dream of fast Internet connection remains just that in the UK. But this delay is seriously undermining a whole range of technological developments, with Xbox’s UK launch likely to become the next victim.

A Microsoft spokeswoman says: “Our competitors do not include this [broadband access], for them it is just an add-on. It is a significant point of difference for Xbox.”

She adds that Microsoft is looking at the launch of Xbox as a seven-year programme, and that when broadband comes online, the games console will be ready to exploit this, enabling users to play against other people over the Internet and download games.

But she, like the rest of the country, has no idea when this will be. She denies the lack of broadband availability will hold back Xbox sales in the UK. “Broadband is not its only selling feature. Its specifications are higher than competitors’ – if you are playing a game and conquer an opponent, when you come back to that position the bullet holes will still be there and the virtual victim is still lying on the floor. This is seamless, it is just like being in a movie – this brings movies and games closer together,” she says.

But as the spokeswoman was playing down the ability of Xbox’s competitors to match its broadband capabilities, Sony announced a partnership with cable company Telewest (part-owned by Microsoft) to “bring broadband to PS2”.

Sony and Telewest say they will trial Europe’s first broadband connection with a computer entertainment system. Tests will aim to find a way for the 500,000 Telewest Active Digital customers to plug the PlayStation into their set-top box broadband Internet connection. Telewest believes the tie-up could be a key to unlocking the potential of the cable modem embedded in the set-top box.

As Telewest games development manager Tom Cotter says: “We have 500,000 customers to market to. We are looking for cost-effective ways to get them to turn the modems on and start using them.” He says it is possible that the systems developed through the tie-in could be leased to other broadband providers such as NTL, ADSL providers and companies in Europe.

Quantum head of iTV Dan Clays says there is still a question mark over the content on offer via broadband and that it will require some strong traffic-building launches to encourage people to shell out cash for broadband connection.

He says: “What we are beginning to see is the growth of pay-per-view (PPV) on the Internet, with ITV touting Survivor as a driver of Internet. If that takes off, there will be a sense of frustration in narrowband. PPV content might be a driver, but people will have so much content, how much will they be prepared to pay for it?”

The name of the game

Geoff Glendenning, a former Sony PlayStation marketer and now managing director of agency The Third Planet (specialising in marketing to youth), says the battle between Xbox and PS2 will be about games, with add-ons such as DVD and Internet connectivity taking the sidelines. He maintains that people will not be put off buying a PS2 if they prefer the games simply because they need to pay extra to get online. Nevertheless, he sees broadband as a turning point in the games market.

“Internet broadband is like the leap from 16-bit games to 32-bit games, it broadened the market a huge amount because everybody got interested in it. With broadband, it’s going to take Internet gaming to the next level. Kids are growing up seeing the TV and PC as entertainment and once computer games get into the living room, people are more relaxed about them,” says Glendenning.

He believes the Xbox is aimed at older players than PS2, and this is a crucial marketing tactic as adult players have higher disposable incomes, while the younger players will want to be seen as being grown up.

But he is doubtful whether there is much scope to increase sales in the UK. More than 5 million homes in the UK (one in five) already has a PlayStation or other games console. Marketing campaigns may end up focusing on PlayStation users who are looking to upgrade, rather than widening the market. In this case, PS2 holds the trump card, as it is “backwards compatible” and can operate many PlayStation games.

But the battle between the two consoles could end up being about distribution and timing. In Europe, the Xbox’s launch has been delayed while Microsoft builds a factory in Hungary for its manufacture. By the time it launches next year, PS2 will already have made in-roads during the Christmas period. Games suppliers have reported delays in receiving the development software for Xbox, which could affect the most important factor in its success – the ability to design gripping games.

Whichever way the battle goes, it will be make or break for Sony and a key factor in the future of Microsoft. It will also be a measure of whether the US has got any better at successfully combatting Japanese technology.