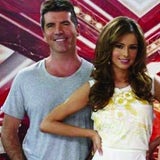 The broadcaster is to secure further revenue with its move into the pay TV market by launching HD versions of ITV2, ITV3 and ITV4 on the Sky platform this week (15 November).

The X Factor will reportedly rake in around £100m in ad revenue for ITV this series, contributing to the broadcaster’s positive forecast for the next quarter.

Adam Crozier, chief executive of ITV, says that the figures did not disguise the fact that ITV faced “significant challenges,” and that he remains focused on its five-year transformation plan despite an “uncertain” outlook for 2011.

ITV Studios external revenues dropped 10% to £205m. The in-house production arm makes shows like Emmerdale and I’m A Celebrity, Get Me Out Of Here, and sells the rights globally.

ITV’s online platform itv.com saw its unique users rise by 13% year on year, however its monthly video views were down by 6%.

Crozier gave evidence at a House of Lords Communications Committee last month saying that the removal of Contract Rights Renewal would allow the broadcaster to grow by investing in more diverse and original content, which it could sell worldwide.

CRR, introduced in 2003, allows advertisers to reduce their spending if ITV’s share of viewing falls. Crozier believes it has cost the broadcaster £262m in lost revenue since its introduction in 2003.