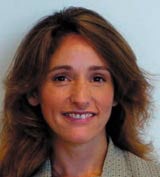 After searching high and low and one false start, ITV has finally settled on its new marketing director, Clare Salmon.

It is thought that she was not the broadcaster’s first choice. PepsiCo vice-president for marketing and franchise Tim Davie was understood to have been the frontrunner, but he decided not to pursue the position (MW October 28).

There are questions over whether the ITV job is big enough for Salmon, who was made redundant in October from her position as AA Financial Services managing director.

The ITV role has been much reduced after the departure of former ITV marketing chief Jim Hytner. Justin Sampson, as ITV Sales director of customers relationship management, has taken on responsibility for trade marketing, although he is expected to liaise with Salmon about future activity.

In addition to her responsibility to marketing ITV1, ITV2, ITV3 and ITV News on- and off-air, Salmon has supposedly negotiated a brief covering programming and digital channel development.

But industry insiders are adamant that she will not have any major input into areas such as programming – usually the responsibility of schedulers, channel controllers and commissioners – other than to offer research on the use of talent and audience viewing preferences.

They also claim that ITV has no firm plans to launch further channels. Another insider says: “ITV has a good array of channels and beyond that it is difficult to see what’s not being catered for.”

Another issue is the off-air advertising budget. ITV Broadcasting chief executive Mick Desmond claims the broadcaster has spent &£18m on off-air advertising this year, while ALF puts the figure at &£7.5m. Those who know Salmon expect her to review ITV’s advertising account, held by Bartle Bogle Hegarty.

Industry pundits also say that Salmon is feisty, opinionated and tough. One says: “She will not defer decisions upwards and will have a point of view and expect to be given her space.” Moray McLennan, chairman of AA agency M&C Saatchi, believes she is good at working with creative people because she sets parameters.

Despite a background in marketing at data-driven organisations such as the AA and Prudential, she does have a creative streak. When ordering a pink Porsche she took along a pair of shoes bought especially to show them what colour she wanted – just like in the Dulux ads.

Whether she will turn out to be Lady Penelope and charm the male-dominated hierarchy at ITV into giving her more power and a larger marketing budget remains to be seen.

However, she will first have to work with the changes that have already been made to ITV’s on-air look: the star-studded idents have been axed and the airtime has been given to programme trailers and a “what’s coming up” panel, a process that began under Hytner.

But television industry insiders say that the execution leaves the channel looking “soulless”. However, the strategy was arguably necessary to boost impacts and stave off the effects of Ofcom’s contract rights renewal; and with a strong autumn schedule, ITV1 has managed to boost audience levels.

Desmond admits there is scope for further evolution of the on-air look. He says a systematic approach from someone with Salmon’s background will help in marketing the ITV portfolio in different ways to audiences, whose viewing habits vary depending on whether they have access to pay-TV on satellite or cable; Freeview; or terrestrial TV.

“Salmon will work with a lot of people who have egos and we want someone who is very clear in their thinking and can stand their ground,” he concludes.