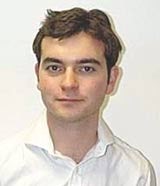 The end of another World Cup and the success of the tournament is mirrored by a seemingly rosy performance for ITV – if you believe the hype. Quick to highlight its viewing figures for England v Sweden, it followed this up with a barrage of positive PR on increased daytime impacts and positive revenue growth over the summer. Admirable news, but this fails to mask ITV1’s faults during the tournament.

ITV’s World Cup blunders make the refereeing look near flawless, and if I were the sponsor of ITV’s coverage or an advertiser tempted to pay the premiums to get into England games, I would demand some answers.

First, ITV’s selection of games to broadcast was poor. Faced with a bullish BBC threatening to go head-on for every England game, they capitulated. ITV’s one solus England game, one solus Ireland game and post-News at Ten highlights basically gave the BBC the tournament on a plate.

Four years ago, ITV-only showings of England’s clashes with Romania and Argentina yielded the largest ever ABC1 audiences on a commercial channel in the UK. The ratings scored in other, minor games were also very impressive, providing great value for sponsors and advertisers – 10 million people watched Jamaica v Croatia!

A second, more obvious fault is ITV1’s clear weakness in dual-cast games with BBC1. In 1998, ITV had a 30 per cent share of the 16.5 million who watched the World Cup final. Respectable numbers given the BBC’s traditional dominance of this type of event; and the Beeb’s “Des-factor”. Last year Des was lured to ITV, and with him – it was hoped – would come the viewers. England’s two shared matches this World Cup gave BBC1 an 81 per cent and 78 per cent share of the Denmark and Brazil encounters respectively. Advertisers should be asking: why pay Des &£1m a year, when in 1998 Bob Wilson delivered a bigger audience?

ITV must examine its marketing and overall programme delivery during this tournament. Compared with the BBC’s high-profile advertising and BBCi coverage, ITV looked second rate. No credible producer or marketer thinks Gazza could have enhanced ITV’s coverage or their advertising.

The third issue: ITV’s failure to support advertisers. Four years ago, June revenues dropped while ABC1 impacts rose 12 per cent on ITV, creating a dream scenario that many took advantage of. This time round, revenues are up about ten per cent and ABC1 impacts are down six per cent for the first two weeks of June – creating a staggering 17 per cent inflation for the month. Upmarket brands seeking to reach audiences during the World Cup have found only scraps on ITV; the majority of viewers and kudos has rested with Auntie. If I were a broadcast sponsor, I’d want to know why ITV didn’t have peak-time highlights, and why, given ITV’s woeful performance anyway, it didn’t take on the BBC for every England and Ireland game.

Dan Matthews is an associate director at BJK&E Media

In an effort to be seen as a socially responsible energy company, British Gas has teamed up with charity Carers UK to launch the Energy for Caring initiative. The scheme will use British Gas energy bills as a medium to provide information on the support and benefits available from the Government to people who care […]

NTL brand director Bart Michels and his boss, commercial director Richard Harris, are both understood to have left the company’s consumer division, NTL Home, by mutual consent – the latest in a long line of people leaving NTL. Group marketing director Mike Hounsell left in January, as part of a restructure that resulted in more […]