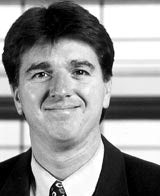 Negotiations for ITV airtime contracts over the next year are being severely disrupted by delays in merging sales houses Granada Enterprises and TSMS.

Deals for the following year are usually completed by Christmas. But one broadcast director says that this year “things are going to be very late and could get quite messy”.

Granada bought United News &amp; Media’s ITV interests in July, and said it would merge the airtime sales houses by the end of September. Scottish TV, Ulster TV and HTV, all sold through TSMS, have yet to decide who will sell their airtime.

Brands usually strike deals with ITV sales houses in early autumn before negotiating with the smaller channels C4, C5 and Sky. But one broadcast director says that the small deals may be done first, leaving ITV till last and substantially weakening its bargaining position.

The extraordinary general meetings for Granada and United News &amp; Media shareholders to ratify the deal have been put back two weeks until September 27.

Assuming shareholders give the go-ahead, it will take Granada some weeks to integrate the TSMS business and learn the history of the airtime contracts. One buyer predicts chaos, and a potentially dire situation for ITV, “if it [the integration process] goes on past mid-October.”

Mick Desmond, chief executive of Granada Enterprises, denies there will be chaos.

“It has not been disrupted. We take ownership on October 4th, then a clear proposition can be put together quickly. It [the trading round] is no later any other year,” he says.