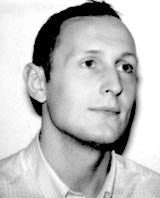 Barclay Knapp, chief executive of NTL, recently suggested that the scramble for digital TV subscribers in the UK should be likened more to a golf tournament than a boxing match. Using that analogy, Knapp would probably view the news that ITV is likely to be available on Sky Digital by the end of the year as a birdie for BSkyB half way through a strong opening round.

Sky will soon have only homes which, up until now, have been resistant to multi-channel TV left to target, and the incorporation of ITV into its package of channels will add well-timed impetus to the Sky project – not to mention removing one of ONdigital’s unique selling points in the process.

Not a bad hole for ITV either. Just when it seemed that its holding back from the Sky platform would leave ITV in a weak position, given Sky Digital’s rapid uptake, ITV has taken a clever, albeit costly, back-door route on to the Sky Digital platform, while maintaining its independence. It will cost it £10m a year, but by buying its own transponder space on the Astra satellite, ITV has avoided any reliance on Sky’s technical infrastructure.

ITV will also begin to recoup the £8m to £10m in advertising sales revenue which it is losing each quarter, and will benefit from the Government’s “digital dividend” – a rebate based on the number of digital homes ITV adds to each franchise area. Regardless of who feels most pleased or aggrieved when the final negotiation is completed, both camps will ultimately be happy with the fact that ITV will be available on Digital Satellite. Sky needs content and ITV needs distribution.

But will Sky Digital be a solution to declining ITV audiences? The irritation of viewers at having to switch over to terrestrial viewing when they want to watch ITV has severely dented the channel’s share of viewing in Sky Digital homes, which is down to 19 per cent, against 34 per cent in analogue homes. However, viewing of ITV has dropped equally significantly in Digital Cable homes, where ITV is already available digitally.

ITV will have to do more than make itself available in Sky Digital Homes. Digital viewers have a wider choice of channels, and the arrival of “sticky” interactive services will further erode ordinary TV’s impact. Not all is gloom: Coronation Street will continue to provide advertisers with the most effective means of reaching the mass audience. But those TV spots will become harder-fought, and campaign schedules will have to lengthen in order to attain the coverage levels that big advertisers are used to. Interactive functionality will become even more important to TV advertising as a means of adding value to campaign coverage.

No wonder John Hardie of ITV targeted “beating the BBC” in last year’s annual report. The hardest competition to face will not be the BBC – it will be the nature of Digital TV.

Dan Clays is deputy head of interactive at Quantum Media