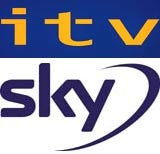 Bowing to pressure from advertisers and industry analysts, ITV has at last signed a &£17m-a-year deal to put ITV1 on British Sky Broadcasting’s digital satellite platform.

Viewers in Sky Digital’s 5.5 million homes no longer have to switch out of the system to watch ITV1. They also have access to ITV2 – previously only available on ITV Digital and in about 70 per cent of cable homes – as BSkyB has agreed to pay at least &£3m a year to carry it.

Since the launch of Sky Digital in October 1998, BBC1 and 2, Channel 4 and Channel 5 have all been available on the digital satellite platform. ITV had held out to protect the interests of major shareholders Carlton Communications and Granada and their terrestrial digital platform, ITV Digital.

Responding to advertiser fears that some Sky Digital subscribers never watched ITV1, leading to an erosion of its audience share, ITV tried to secure a carriage deal on Sky Digital with BSkyB. The satellite operator is legally obliged to grant a presence to terrestrial channels for a nominal sum. But ITV refused to pay the &£20m a year demanded by BSkyB, saying it was too high.

So desperate was ITV to get onto satellite that it even threatened to go it alone if a deal could not be reached. Advertisers feared this could create problems relating to viewer access of ITV1’s regional services.

The deal with BSkyB means most viewers will be able to see their local ITV1 service on channel 103 on Sky’s Digital electronic programme guide (EPG), and viewers who are usually able to receive two or three different regional services will also be able to access them on digital satellite via channels 963 or 964.

Lorna Tilbian, a media analyst at Numis, says: “Going on Sky Digital will make a significant difference for ITV. Essentially it wasn’t in 5.5 million homes.”

The deal will boost advertising revenue because the stand-off reduced the value of ITV1 as a mass-market medium. ITV companies will also benefit from a digital dividend – a licence fee rebate for every home that receives ITV1 digitally – calculated by some analysts to be worth up to &£50m a year.

Carriage on Sky Digital comes at a crucial time for ITV1 which, for the third quarter, recorded its lowest share to date of total viewing (including non-terrestrial homes) at 25.2 per cent, dropping behind BBC1 (26.8 per cent) for the first time. For the same period, non-terrestrial commercial channels increased their share by more than 20 per cent.

Andy Pearch, managing director of The Billett Consultancy, says: “Whether it’s because ITV1 wasn’t on digital at that time is questionable. It’s probably because the BBC has ramped up its programming and people have been turning to it for news coverage since September 11.”

As for the effect of distribution on Sky Digital for ITV1, Pearch adds: “There will possibly be a twoto three per cent improvement in audience for ITV1, which to them is worth half a share point in viewing. In the short term that won’t change things much but, long term, it will restore confidence with advertisers.”

A spokesman for the Incorporated Society for British Advertisers (ISBA) says: “We are pleased a deal has been reached but it has been a long time coming. As digital satellite penetration grows, ITV’s absence increasingly affects its overall performance, not least against the BBC.”

So far, for the year as a whole, BBC1, with 26.7 per cent of viewing (all hours), is just 0.2 per cent behind ITV1. According to Pearch, it is set to overtake ITV1 by the end of the year, although the commercial channel is likely to win the battle for peaktime. Figures from Carat show that in homes with access to terrestrial TV, BBC1 has 34 per cent of the viewers compared with 32 per cent for ITV1, while in digital homes they drop to 20 per cent and 19 per cent respectively.

Although the media agency suggests it is the choice of digital channels that has eroded ITV’s share rather than not being on Sky Digital’s EPG, ITV should now benefit from the deal with BSkyB. David Peters, broadcast planning director at Carat, says: “A mitigating factor for ITV1 has been distribution. That excuse has now been taken away and ITV1 is going to stand or fall by how good its programming is.” He suggests it should be “reinvigorated” with younger and more upmarket must-see programmes to capture interest in multi-channel homes.

Andrew Canter, head of broadcast at Media Planning, says: “More exciting [than ITV1] will be getting ITV2 up on digital satellite, increasing distribution by 150 per cent.”

ITV Sport, the subscription channel available on NTL and ITV Digital, could also benefit from increased distribution but BSkyB and cable giant Telewest have yet to meet ITV’s monetary demands. Some industry commentators believe ITV Sport will be on Sky Digital early next year, once Carlton and Granada have finished using it as a marketing tool for ITV Digital. By that time analysts hope Carlton and Granada will have struck a new deal to save the loss-making ITV Digital, possibly through a coalition with the BBC, Channel 4 and Channel 5, or with BSkyB.

There will also be a clearer picture by then as to whether the sudden influx of TV advertising revenue for November and December (MW last week) will continue into next year, giving the battered ITV companies a much-needed boost.

ITV executives will hope the deal with BSkyB puts ITV1 on track for a better new year than the last.

Advertising agencies that take a keen interest in how they are viewed by top clients (and what self-respecting agency does not?) should look closely at this year’s Reputations Survey. Not simply because there have been some important changes in the headline rankings, but because of what can be gleaned from the small print. First, the […]

It is good news to see that the 1998 Data Protection Act is now fully in effect (MW November 1), but I am interested to find out the effect it may have on the data held by local councils through the electoral register. On a form recently sent to me by Camden Council, a printed […]