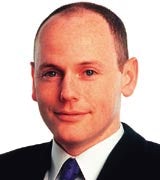 ITV is planning to test-market new patterns for its break junctions and is looking at putting programme promotions in the middle of the ads.

If the trial goes ahead, only sponsorship bumpers and station idents will be broadcast after the end of the programme before going straight into the advertising. Subsequently, ITV will look at breaking up the advertising with programme trailers in the middle.

The idea is one of a number that the broadcaster is considering as part of a project to clean up its breaks and make them more effective for advertisers. The theory is that viewers will find the programme trailers informative and so stay with the break to watch them.

Any move to change the break patterns will be subject to tight broadcasting regulations governing this area.

ITV marketing and commercial director Jim Hytner says: “We won’t have a trailer at the beginning or the end of the ad break.” He adds: “We are trying to enhance the break for the viewer and the advertiser.”

Hytner has already made changes to the break junctions in an effort to improve them. He has squeezed programme-closing credits to one side of the screen to make way for a “next, then later” programme menu, which is designed to flag up the rest of the evening’s entertainment. He has also introduced a consistent on-air look for ITV1.