The next few months will prove critical for ITV as it tries to claw back audience share for its main channel before entering this year’s negotiation season. It is pinning all its hopes on the recently unveiled ITV1 autumn schedule (MW last week) to pull in viewers and preserve its revenue position.

Under the new Contract Rights Renewal (CRR) mechanism – introduced by Ofcom to protect advertisers and their agencies following the merger of Carlton and Granada – the size of ITV’s audience is key to it retaining its share of television advertising revenue.

The mechanism allows advertisers and agencies to cut their budget commitments to ITV1 in proportion to a decline in commercial impacts. And ITV1’s share of viewing across key demographic groups for the year to date has fallen. Some say that if this performance fails to improve then ITV could lose as much as £100m in advertising revenue next year.

For the year to date (June 28), ITV1’s share of adult viewing has fallen by 2.55 per cent year on year to 22.22 per cent, according to the Broadcasters’ Audience Research Board (BARB) Its share of commercial impacts for January to June, compared with the same period last year, is 41.03 per cent – 5.7 per cent down. Total volume of ITV1’s impacts is also down on the same period in 2003, by 1.6 per cent.

But Graham Duff, chief executive of ITV Sales, says it is wrong to extrapolate ITV1’s performance to date across the rest of the year. “It’s going to come back,” he says. “It’s just a question of how far it comes back.”

And that will depend on the schedule. One area that has caused great concern for advertisers is daytime, which they feel has been neglected. However, ITV claims to have improved the performance of Trisha and This Morning to push ITV1’s share of viewing between 9.30am and 12.30pm up from 26.1 per cent to 27.5 per cent (based on the first 26 weeks of 2004 versus the same period last year).

ITV is now turning its attention to the 5-6pm off-peak slot on ITV1, where it hopes to introduce a new series likely be a spin-off of one of its established soaps, The Bill, Coronation Street or Emmerdale.

Nigel Pickard, ITV’s director of programmes, says: “It’s a vital slot and a key transition for us from younger viewers to the mainstream audience.”

Previous attempts to fill the slot include ill-fated soaps Crossroads and Night and Day. Bernard Balderston, Procter &amp; Gamble’s associate media director, supports attempts to improve the performance of the slot, which he thinks is a missed opportunity for ITV.

Developing a new concept out of an existing series, he says, is less risky: “There have been a number of well executed examples of series that have been spun off from other shows, such as Holby City that was created out of Casualty.”

But he adds: “ITV1 could also do with improving the post-lunchtime segment, which is suffering from disruption caused by regulatory requirements to carry local news bulletins in the break for lunch.”

However, ITV claims that some shows, such as 60 Minute Make Over, Loose Women and Antiques Auction, have performed well in the afternoon on ITV1. 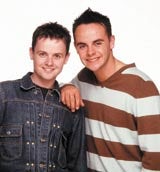 Also in off-peak, ITV1 is launching an ITV sport presentation supported by a marketing campaign reminding viewers that it still has rights to Formula 1, the European Champions League and the Rugby World Championships now that the Premiership highlights package has moved back to the BBC.

Across the week in peak-time on ITV1, returning series Rosemary and Thyme and Foyle’s War will be supplemented with new drama. This will include Frances Tuesday, starring Tamzin Outhwaite; Tom Brown’s Schooldays, featuring Stephen Fry; She’s Gone, with Ray Winstone; Quite Ugly One Morning, featuring James Nesbitt; and Doc Martin, with Martin Clunes.

ITV1 is also relying on the return of I’m a Celebrity Get Me Out of Here! and movie premieres such as Die Another Day and About A Boy to help boost its peak-time share later in the year. It is also introducing new shows, such as Angus Deayton’s quiz show, Bognor or Bust, and Jack Dee’s Tunnel of Love, as well as a strand of Great British Tests.

But reactions to the new schedule have been mixed. Some TV buyers say it is “disappointing”. They insist that there is a lack of diversity and an over-reliance on soaps and reality programming to boost viewing figures.

Carat media director Steve Hobbs says: “There is a concern that everything is a bit samey but I think the schedule will produce a good performance in the short term.” Zenith Optimedia head of television Chris Hayward adds that the channel’s drama programming looks strong and he welcomes the increased use of respected acting talent.

Many doubt that ITV1 will be able to recover lost ground in viewing terms completely for 2004 and that this will inevitably have a knock-on effect on the channel’s share of TV’s £3.3bn commercial revenue for 2005. In 2003 ITV1 took 51 per cent of the commercial market for adults and Billetts predicts this will fall to 50 per cent for 2004.

But some believe that based on ITV1’s performance so far this year compared with last and applying it to the CRR mechanism, ITV1’s share of revenue for 2005 could fall as low as 48 per cent, with a loss of up to £100m in revenue.

Initiative Media broadcast director Ilker Shakir says: “It is clear that they have an absolute imperative to make sure that their viewing share is robust as soon as possible simply because of CRR. They need to retain revenue share at 50 per cent or so of the market.” He says that ITV1 will benefit from a BBC that is focused on its public service broadcasting commitments instead of chasing ratings now that its charter renewal process is under way.

However, ITV Sales’ Duff maintains that ITV’s position is not as bad as commentators have made out. He points out that although ITV1’s share of revenue is falling, actual national advertising revenue across all ITV channels is on the increase – up around 4.9 per cent for the six months to June.

He also claims that the new autumn schedule will help improve ITV1’s viewing performance across the year, putting it in a better position when it comes to calculating the effect of CRR than some have suggested.

He adds that in any event CRR is only a fallback position and that some deals have been negotiated above this level. Furthermore, he says, any lost ITV1 revenue will be offset by revenue growth at ITV2 and ITV3, which is due to launch in the autumn. ITV has already set a revenue target of £150m by 2007 from its multichannel operations including ITV2 and ITV3.

Duff also expects additional revenue growth to come from advertisers that are new to the medium of TV, and by encouraging those already using TV to spend more. Where ITV1 ends up next year in revenue terms is a matter for debate, but one fact is certain: the performance of its new autumn schedule will be key.