ITV’s latest financial results signal there is some light at the end of the ad-revenue tunnel, although critics question the broadcaster’s long-term business strategy.

ITV reported a 15% drop in ad revenue in the first half of the year although it outperformed the market, which fell 17%.

It is forecasting third quarter ad revenue will be down 12%, while in September it will fall by 7%.

But the fact it is predicting a slowing in decline during such a key month when people head back to work after the summer is reassuring many analysts.

It has also delivered £57m of the £155m of savings announced in March, signalling that its cost-cutting programme is under control.
However, BDO Stoy Hayward head of media Andy Viner points out the bottom line is that the company has lost £105m.

ITV also took a substantial hit from the sale of its social networking site Friends Reunited, which it has sold to Brightsolid, part of publishing company DC Thomson, for £25m. ITV paid £175m to acquire the website in 2005.

ITV also has a net debt of £738m, which has remained broadly unchanged, and its pension deficit has increased from £178m to £538m.

Viner says ITV desperately needs “new blood”, as it continues its hunt for a chief executive to replace executive chairman Michael Grade.
Simon Fox, chief executive of HMV, has now ruled himself out of the running for the position, leaving a shortlist that includes head of Apple Europe Pascal Cagni, former BSkyB chief Tony Ball and Guillaume de Posch, former CEO and chairman of ProSiebenSat.1.

Buyers of market research services expect their 2009 budgets to drop by 9.5% over the year, reversing a 20-year trend of annual spending increases.

The vast majority of the largest advertisers in the US are using Facebook to market themselves. 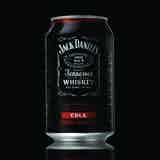