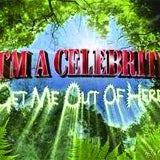 The broadcaster has overhauled the reality show’s site to include the online show, called Ant and Dec’s Jungle Tea Break.

Three-to-four-minute episodes will air exclusively on the site daily. They’ll feature comedy sequences and celebrity gossip from the duo.

The success of ITV’s social TV tool ITV Live shows that the audience is there for interaction online around video content and that the investment is worthwhile. All broadcasters should be looking at ways to do the same.

The best starting point is to listen to the conversations that are already happening online about their programmes. This will allow broadcasters to establish which content it would be worthwhile investing in.

The broadcaster is also rolling out its signature dual-screen platform ITV Live, which it launched for the World Cup, when it attracted 2m unique users. It has since been used for entertainment show The X Factor.

Kate Bradshaw, ITV.com’s deputy MD and head of online commissioning, said it will continue to expand ITV Live and explore new platforms for it, adding that IPTV service YouView, due to launch next year, won’t derail its dual-screen strategy.

“What’s exciting is that we’re on the edge of convergence,” she said. “YouView presents lots of creative opportunities, such as apps, and formats for what we now know as two-screen programming on one screen. But it won’t change our focus on dual-screen initiatives like ITV Live, which is doing really well.”

I’m A Celebrity viewers can chat about events in the show in real time with TV presenter Richard Arnold via ITV Live. He will also record daily video blogs, available after each episode.

Videos of Ant and Dec performing jungle calls will encourage users to interact by uploading their own. The best ones will be broadcast on ITV2.

The site, which integrates with Twitter and Facebook, will also feature a function called the Star Track emoticon: a widget on the home page showing the moods and activities of the celebrities.

The broadcaster has ramped up its red-button activity for the show to include a photo gallery of the celebrities’ experiences in the jungle. Viewers can also watch highlights and celebrity profiles.