The media regulator estimates that ITV, UTV and STV, which all hold licences to broadcast news on the ITV network, would collectively have a shortfall of between £38m to £64m by 2012.

It has attributed this to increased competition from digital channels and the ad revenue downturn.

Ofcom says new funding will be required if regional news is to be maintained and has backed the Department for Culture Media and Sport’s (DCMS) proposal to allow consortiums of TV and newspaper groups to bid to provide local services.

The Ofcom report was made in response to the DCMS consultation into TV regional news. The government department is planning to conduct a trial of allowing the approach using consortiums.

The government’s Digital Britain report has also controversially proposed that non-BBC public service content, which includes regional news, could also be funded by “top slicing” or using money diverted from the BBC’s licence fee which would amount to around £130m a year.

Your article on Cash4Gold again sparked the debate about whether direct mail can be used exclusively as a marketing tool (MW last week). Although most brands realise the benefits and increased revenue that come from implementing an integrated campaign, it remains true that some brands with a strong offering and niche market can make huge cut-through with direct mail alone. 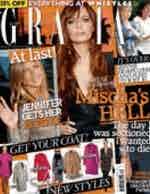 The British Heart Foundation (BHF) has relaunched its online game YooBot as part of the Food4Thought campaign that aims to educate 11 to 13 year olds about the long-term effects of a healthy lifestyle.