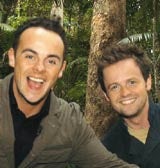 ITV is going back to its roots in drama and entertainment for its autumn schedule, after disastrous experiments with reality TV over the summer.

It is to plough an extra £20m – part of the £135m annual savings in its broadcast licence fee that Ofcom recently sanctioned – into drama in the autumn.

ITV1 will broadcast a number of new dramas, including Footprints in the Snow, starring Caroline Quentin; a sci-fi show called After Life; detective series Jericho with Robert Lindsay; and Vincent, starring Ray Winstone. Entertainment shows will include new series of The X Factor and I’m a Celebrity… Get Me Out of Here, as well as Ant and Dec’s Saturday Night Takeaway.

At a presentation to television buyers this week, ITV executives admitted that ITV1’s summer schedule, which included axed reality shows Fat Families and The Real Good Life, as well as Celebrity Love Island, had not paid off.

Speaking to Marketing Week, ITV Sales chief executive Graham Duff said: “Hands up, we thought certain shows would do much better, and that’s why we are putting so much more emphasis on the autumn.” But buyers are sceptical that it will make a significant difference to ITV1’s poor performance which, as first reported in Marketing Week (MW February 24), could result in advertisers moving as much as £150m out of the channel next year under Contract Rights Renewal rules. For the year to the end of June, ITV1’s adult audience has fallen nine per cent on the same period in 2004.