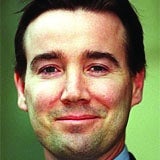 Speaking in front of the House of Lords Communications Committee yesterday (2 November), ITV’s chief executive Adam Crozier says that the removal of CRR would allow the broadcaster to invest in more diverse and original content, as well as in training and skills.

CRR was introduced in 2003 and allows advertisers to reduce their spending if ITV’s share of viewing falls, meaning ITV is compelled to produce shows that draw higher ratings to maintain advertising revenues.

Crozier says: “Our model is about investing in new and unique programming.

“No CRR would allow us to have a more diverse schedule and create more advertising around the schedule. Advertisers would like us to target more unique viewers and markets, but the system doesn’t allow for it,” he adds.

“If we want to win in the long run, we need to create more of our own programmes, show them on ITV, and sell them around the world,” he adds.

Crozier admits that CRR had led ITV to produce shows that chased ratings, compared with the more diverse range of programmes across its schedule ten years ago.

He assured the committee that the extra money created from getting rid of CRR would go towards programming, adding that it had discussed this strategy with its shareholders.

Also at the hearing, Archie Norman, chairman of ITV, adds: “We want ITV to become a global business around the world. What we’re seeking to do is find the where-with-all to do that. To appeal to the segments of viewers we need to, and be able to get away from the ratings rat race we’re currently caught in.”

The Lords announced in July that it was to investigate TV ads regulations.

In May, the Competition Commission said that existing CRR rules on how ITV sells its on-air advertising would remain in place, but signalled that they could be scrapped if a full review of the TV market was called.