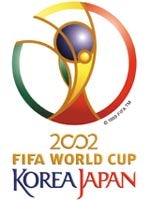 ITV is asking advertisers to pay as much as &£10m to sponsor its TV coverage of next year’s football World Cup in Japan and Korea.

The move follows a deal last week in which ITV and the BBC agreed to pay German media company Kirch &£160m for the TV rights to the 2002 and 2006 World Cups.

Sales house Granada Enterprises is expected over the next two weeks to begin presenting advertising opportunities to agencies and clients.

Granada Enterprises account director Alan Hodge says it will avoid use of packages that in the past have been proven to be “too inflexible” and consider creating “tailor-made solutions” for advertisers.

The sponsorship package is expected to include ITV’s share of the tournament’s 64 live matches, a highlights programme and an Internet presence. It is not known how the games will be split between ITV and the BBC.

The matches are due to be broadcast live at 7.30am, 10am and 12.30pm, when, during the week, most people will be at or on their way to work. This is likely to reduce the amount of money ITV will be able to ask for the sponsorship. Granada Enterprises is expected to approach existing World Cup sponsors before other advertisers.

ITV and the BBC together paid &£3.35m for the 1998 World Cup and ITV reportedly recouped up to &£50m through ads and sponsorship.