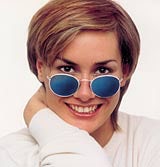 A second series of the show, due to air early next year, is set to feature socialite Tara Palmer-Tomkinson, who recently appeared as a contestant in ITV’s summer hit, I’m a Celebrity… Get Me Out of Here.

A spokeswoman for Granada Enterprises Commercial Ventures says: “The new series will comprise eight one-hour episodes and would suit an advertiser targetting 16to 34-year-olds.”

Cheaply produced, with over-the-top storylines, the first series of Footballers’ Wives was a surprise hit with critics, who found it addictive.

The series ran from the beginning of last year and attracted an average audience of 5.8 million.

Cast members have reportedly threatened to walk out of the show, over a storyline in which former East-Enders actress Gillian Taylforth gives birth to a hermaphrodite baby.

The first series ended on a cliffhanger when footballer Ian and his wife Donna were waiting to learn whether their kidnapped child was dead or alive.