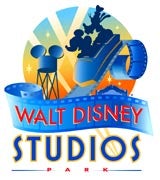 Holding company Euro Disney is to open a second theme park at the Disneyland Paris resort in March next year, at which point it will rename the destination Disneyland Resort Paris. The Walt Disney Studios theme park will give visitors the chance to see how films are created and will trade alongside the existing theme park Disneyland Park.

A TV and print campaign promoting the launch of Walt Disney Studios will follow the sponsorship.

Disneyland Paris head of marketing Tamara Sanghvi says: “The sponsorship will act as a teaser for the rest of the launch campaign.”

Carlton Media Sales is also understood to be reaching an agreement with pharmaceutical company Roche, for its indigestion brand Rennie to renew its sponsorship of Christmas programming. Last year Rennie reportedly paid &£750,000 to sponsor 30 programmes over Christmas until December 30 (MW December 12, 2000). The deal excluded long-term sponsorships such as Cadbury’s Coronation Street deal.