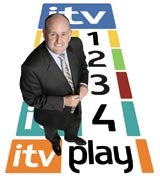 ITV has canned spot advertising from its new “participation television” digital channel, ITV Play, and is looking at new platforms and sales models to maximise revenues.

Money will be generated through revenue share agreements, put in place with producers of the game shows being aired, a spokeswoman for the broadcaster confirms.

“The plan initially is not to have any advertising,” adds the spokeswoman.

However, advertisers could later be involved through sponsorship or branded content deals.

Because the channel will be funded differently to normal TV channels, it will not be as dependent on viewing figures or audience share.

Chief executive Charles Allen pledged to generate half of ITV’s revenues from outside ITV1 by 2010 when the broadcaster unveiled its year results last week. Although profits were up, advertising revenue was down for the main channel. ITV1’s advertising revenue fell by &£50m to &£1.46bn, although performance from the broadcaster’s digital channel’s increased overall revenue to &£1.6bn.

The interactive channel ITV Play is forecast to achieve a &£20m profit, with a new target of &£250m for interactive and multichannel advertising revenue by 2008.