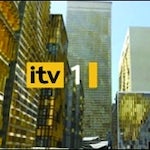 It’s understood the broadcaster, under the leadership of new CEO Adam Crozier, will outline the changes tomorrow when it publishes its interim results.

The pay-TV strategy, part of Crozier’s five-year vision for the broadcaster, would affect the high-definition ITV2, ITV3 and ITV4 channels.

He’s also expected to announce a bigger programming budget, alongside improvements to its online offering.

It’is understood the strategy will include a shake-up at production arm ITV Studios and the launch of a standalone branded channel, which would be offered with others as part of a pay-TV package.