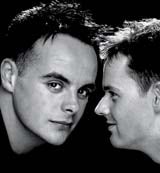 ITV1 is looking for a headline sponsor for the Ant and Dec-fronted celebrity golf tournament, the All Star Cup.

The package, thought to be worth up to &£3m, is likely to include programme idents, branding in and around the venue, corporate hospitality and promotional rights.

ITV1 has yet to confirm the names of the celebrities taking part, but the broadcaster is planning 15 hours of coverage during August Bank Holiday weekend.

Separately, ITV1 is also understood to be looking for a headline sponsor for a new quiz show, the Con.Test, also developed by Gallowgate and due to air this spring.