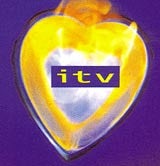 ITV’s share of total viewing figures has fallen to an all-time low and now lags behind BBC1, according to the latest Trend in Television Report published by the Institute of Practitioners in Advertising (IPA).

The report covers the third quarter of 2001 and shows that ITV’s share of total viewing was 25.2 per cent compared with BBC1’s 26.8 per cent. ITV maintains its lead in the important peak period, but the channel failed to achieve its 6.4 per cent target lead over BBC1. Instead, ITV recorded a 5.6 per cent lead, and its share of viewers in the 16 to 54 age group fell.

Non-terrestrial channels continue to increase their penetration and hold over 20 per cent share of total TV viewing, and over a third of commercial viewing, for the first time.

Being a football fan, the Diary was interested to discover a website dedicated to the lowest common denominator in the footballing world. The site, uglyfootballers.com, has everything fans need to console themselves after watching their team crash to a 3-0 defeat. Its creator Richard Hardy dubs the site “a compilation of the ugliest sights in […]

Members of the House of Lords are once again set to disrupt the passage of the Tobacco Advertising and Promotion Bill, with amendments put forward this week. Three members are proposing a clause which would see the Private Member’s Bill scrapped after six years, unless it is deemed to have reduced smoking levels over that […]

Everybody loves a wedding, and everyone loves looking at the wedding photos. So let the Diary be the first to show you the wedding pictures from National Magazine Company managing director Terry Mansfield’s marriage last week. Mansfield’s wedding will come as a surprise to many, not least Mrs Mansfield, to whom he has been happily […]