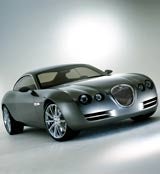 Runnacles takes over from Phil Cazaly, who is to retire in the summer. Cazaly oversaw Rainey Kelly Campbell Roalfe/Y&R’s appointment as the advertising agency for Jaguar’s &£12m business in 2000.

Runnacles is returning as head of marketing of a car brand after a two-year absence.

Runnacles left BMW Group in 1999, when the company still owned Rover. His departure triggered the move of several BMW marketers to Rover before the launch of the Rover 75. A year later, BMW sold Rover and MG to a private consortium.

He joins Jaguar from upmarket car dealership Sytner, where he was director of e-commerce. Since leaving BMW Group, he has also worked for design agency Qudos, which he joined straight from BMW.

Runnacles is well known in both the car and marketing industries. He was moved from his role as BMW’s head of marketing to be Rover Group’s marketing director, overseeing the Rover, Land Rover, Mini and MG brands, in 1996. Prior to working at BMW, Runnacles worked at Volvo.

At Jaguar, he will report to Michael Beasley, who replaced Jonathan Browning as managing director last November.

Jaguar is part of Ford’s Premier Automotive Group, which comprises its luxury brands, including Aston Martin and Volvo.