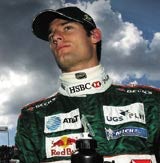 Formula One racing team Jaguar F1 is looking for a new sponsor following Beck’s decision to pull out of its long-term &£3m-a-year deal at the end of the season.

The Beck’s brand has changed ownership since the &£12m deal was struck. Interbrew took control of the brand in 2001 as part of its acquisition of the 128-year-old Brauerei Beck GmbH &amp; Co. Beck’s is marketed under license in the UK by Scottish &amp; Newcastle.

One source says that Jaguar is already in talks with potential alcohol replacements for this sponsorship slot. The team is also looking to replace financial services giant HSBC, which is expected to withdraw this year.

An Interbrew spokesman was not available for comment as Marketing Week went to press. But sources close to the deal with Interbrew say that the company is not as keen to pursue Beck’s sponsorship with Jaguar as was its original family owner , and that it is expected to pull out from the team at the end of the season.

The news comes as Interbrew rival Diageo is reported to be considering a sponsorship deal between its Smirnoff Ice brand and either the BAR Honda or McLaren team. However, a spokesman for Diageo claims there is “no foundation” to the story.